3 Drunk Woman Were Asked To Pay For Their Order, So They Trashed The Entire Restaurant 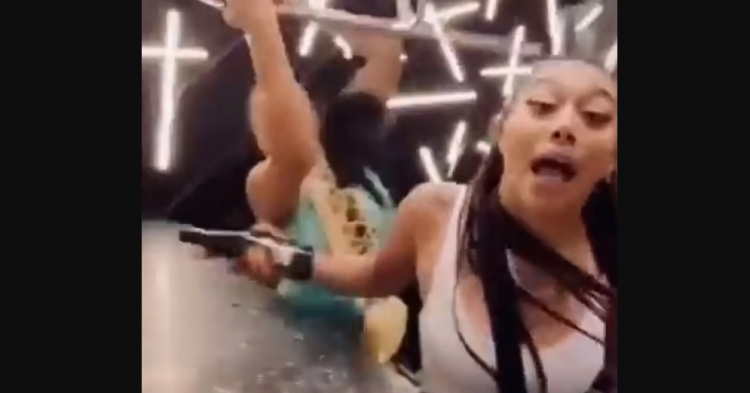 On Saturday, three women who were believed to be drunk entered a Ludlow Street Bel Fries restaurant in Manhattan looking to order French fries. The three women were Pearl Ozoria, 27, of Manhattan, Chitara Plasencia, 25, and Tatiyanna Johnson, 23, both of Brooklyn. When the employee told the 4 am diners that they would have to pay an extra $1.75 for extra sauce, they flew into a violent rage and ended up trashing the restaurant located in Manhattan’s Lower East Side neighborhood.

The employee tried to refund their money and asked them to leave, but they refused. That’s when they started throwing things around the restaurant, knocking over chairs and tables, and smashing glasses. They even ripped the cash register off the counter before finally leaving. 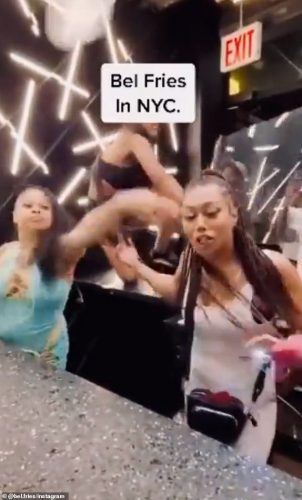 Police were called to the scene. The restaurant owner estimates that the damage caused by the women was around $10,000 to $20,000. 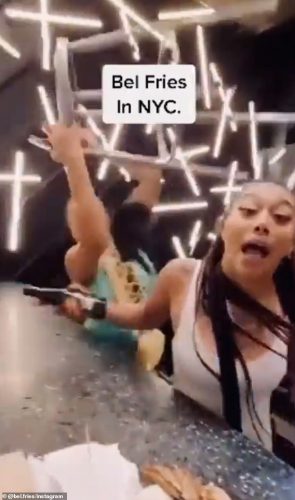 While the women were attacking the restaurant, an employee took out a camera and began recording the incident. In the video, the employee can be heard telling the three violent women, “you’re going to go to jail.” Nevertheless, the threat does not deter the violence, and the women continue to rampage as they vent their anger at having been asked to pay an additional $1.75 to get extra sauce for their order.

The violence resulted in injuries, and the store has remained closed since the incident. Two employees at the Manhattan restaurant suffered head lacerations because of the attack.

Footage shows the woman in a white top throwing something under the plexiglass barrier at the employee. Another woman, the one in the blue minidress, can be seen tearing the credit card reader off the counter and trying to pull it free of the wires connecting it to the unit. 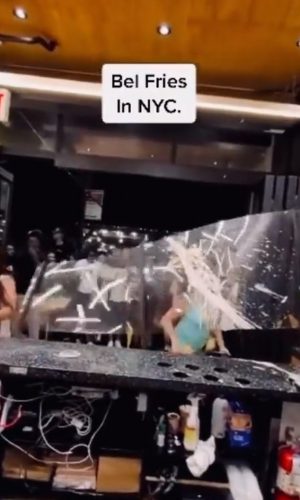 The violence continues to escalate as one woman breeches the employee-only area. The two others grab bottles of ketchup and metal stools and throw them toward the people working in the restaurant. 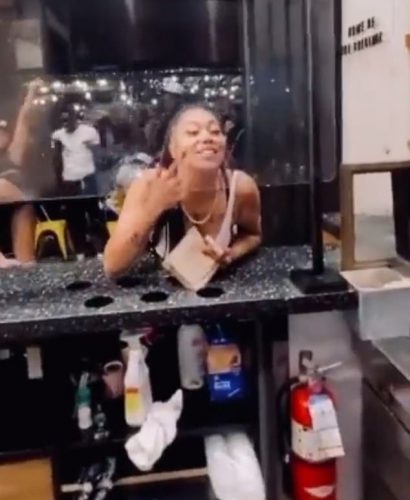 Cops arrived at the scene, and Ozoria allegedly punched a police officer in the face. She was charged with assaulting a police officer, resisting arrest, obstructing governmental administration, and disorderly conduct. She was sent to cool down at the Rose M. Singer Center in East Elmhurst.

Plasencia and Johnson were both charged with criminal possession of a weapon.

In addition, all three of the women involved in the attack on the restaurant face robbery and criminal mischief charges. 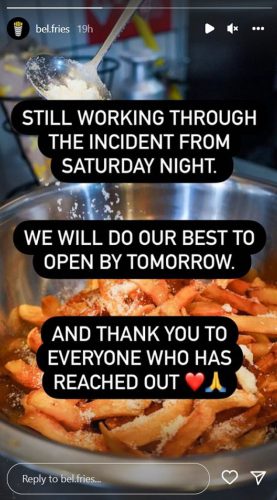 This is just another example of the entitled behavior that we’re seeing more and more often from people these days. It’s absolutely unacceptable to fly into a rage and start trashing a place just because you don’t get your way or need to pay a few bucks extra to get something you want to have. This kind of behavior needs to be stopped before it gets out of hand. And Americans are getting out of hand like this far too often these days.

Repost
Bel fires in NYC. Unclear how this started or what day it was on . #news #NewYorkCity #NYC pic.twitter.com/jQ9voIhblW