Another One Of Nostradamus’ Major Predictions Has Come True, 450 Years After He Wrote It 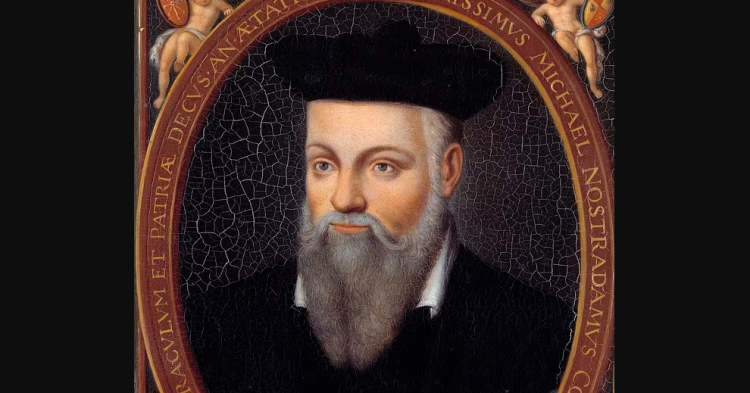 Nostradamus is back in the news again. This time, his predictions are stirring up a lot of interest – and sales – for a book he wrote over 450 years ago. The prophet’s followers are convinced that he predicted the Queen’s death, which occurred this month. According to one interpretation of Nostradamus’ writings, he forecast that the Queen would die in 2022, aged 96 – and this isn’t the first time that Nostradamus has been credited with predicting major world events; his track record also includes forecasting Hitler’s rise to power.

One week before Queen Elizabeth II passed away, Nostradamus’s book sold only five copies for the week ending on September 17, 2022. However, one week after the Queen passed away, the book sales soared to an astounding 8,000 copies in paperback sold as people tried to figure out whether the French prophet was right about the Queen’s death, predicting it more than four centuries before it happened.

The Nostradamus text, which was published in 2006, interprets a quatrain from the famous mystic as saying: “Queen Elizabeth II will die, circa twenty-two, at the age of around ninety-six.”

The prediction went viral on social media, which helped lead to rising book sales hundreds of years after the famous prophet made his predictions in his book. Prior to the Queen’s death, there were other people who suggested that Nostradamus had predicted Putin’s war in Ukraine.

“‘Blue-head shall white-head harm in such degree, As France’s good to both shall e’er amount.”

However, a Nostradamus expert named Boby Shailer does not think that this passage refers to the war in Ukraine started by Russia’s Vladimir Putin. However, he does think that a world war is coming and will destroy much of the planet in the “next few years.”

“I think that Nostradamus is warning us about a third world war which will be so catastrophic that it will reduce the population of the earth by two-thirds,” he said.

Nostradamus’s famous book is titled Les Prophéties. The ancient text includes nine hundred and forty-two future forecasts in the form of quatrains. In the text, the French prophet predicts many things that he thinks are going to happen in the future in Europe and across the world.

Nostradamus is sometimes referred to as the “Prophet of Doom” because his predictions often result in catastrophic events like war and death. Although it is impossible to say whether Nostradamus’s cryptic text accurately guesses the events of the modern world, many people still find it fun to buy his book and read the predictions the French philosopher and doctor made back during his days treating people during the Black Death.

One famous prediction of the Nostradamus is the prediction of climate change. In 1555, he predicted that the world’s climates would warm up and that the soaring temperatures would “half cook” all the fish in the ocean.

“Because of the solar heat on the sea/ Of Euboea the fishes half cooked/ the inhabitants will come to cut them/When the biscuit will fail Rhodes and Genoa.”