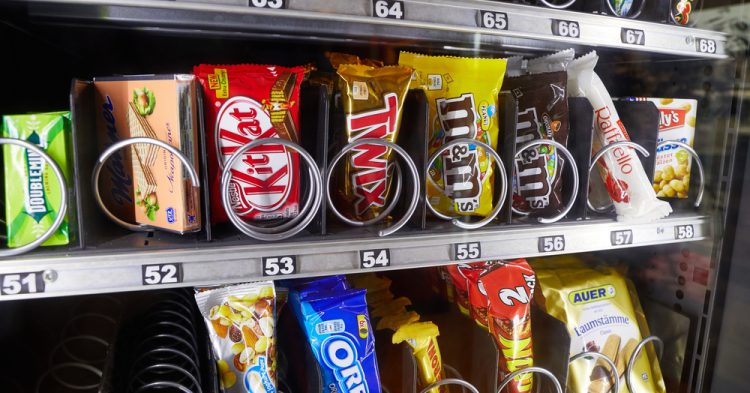 Mom wanted to give her children something special for Christmas. But when she gave her little ones a vending machine and shared her story about it on social media, people threw a fit. The woman, who identifies herself as Cierra Baker on her social media sites, shared a controversial photo of her two children, who are Black, receiving a vending machine with a massive red bow atop it for the Christmas holiday – and people thought she was a bad mom for giving them easy access to snack choices.

However, Baker hoped that by giving her two children a vending machine, she could impart an important lesson about how to use money wisely. She wanted the machine to help her children learn how “making the right choices” with money comes down to a lot of small decisions, including how much and when to spend money on small things like your afternoon snack choice. 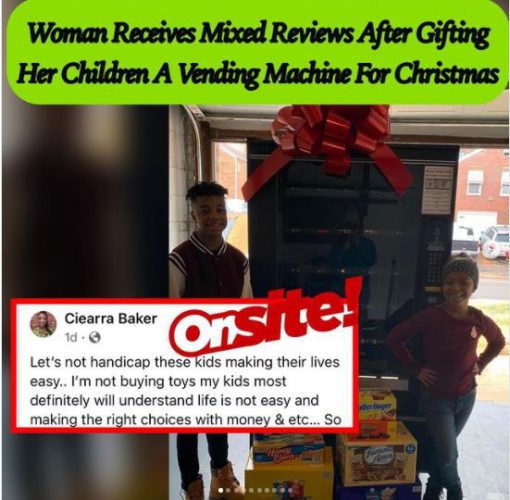 “Let’s not handicap these kids making their lives easy,” Baker wrote on social media, explaining why she’d rather give her children a vending machine than expensive toys. “I’m not buying toys. My kids most definitely will understand life is not easy and making the right choices with money and etc.”

Although some people supported mom’s decision to teach her two children a lesson in financial independence, she was also met with a ton of mixed reactions from people all across social media. The following quotes come from people who shared their opinions online.

“Coulda picked any day out of the 365 to do this, but you pick Christmas where every kid should be enjoying gifts and stuff. My man ain’t want to sell no butterfingers out a vending machine he wanted a PS5.”

Another person commented that they understood why Baker wanted to teach her children a lesson in financial independence but questioned whether the children were too young to get it.

“It’s just they’re a little too young, in my opinion… I would have done it when they are teenagers…..maybe between 14-16,” they wrote.

Another person added, “I would’ve gifted this on New Year or something. I like to see kids be kids, especially on Christmas. I don’t believe in rushing their childhood. It was a good idea, though. I understand the message. It was just delivered on a wrong day but do whatever it is you like with yours.”

However, there were money-focused people who thought her gift was ingenious.

“This was a VERY smart idea, actually! Bump the Jordans, ps5, and all that stuff. Once they see how much money they will have coming in, they will thank their mom for that gift.”

Another person wrote, “MAN IM SETTING MY KIDS AHEAD OF THE GAME !!! WEALTH OVER TOYS …..NORMALIZE THAT!”

One person concluded that they’re “HER KIDS, SHE CAN DO WHAT SHE WANTS!”

What do you think about this mom giving her children a vending machine for Christmas? Is it a good idea or a bad idea?