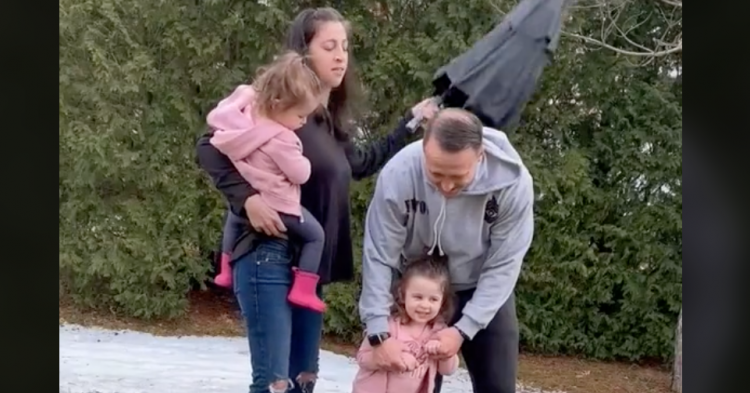 An expectant father of three was slammed on TikTok after he stormed off in a rage after he learned that his third child was going to be another girl. Now, TikTok users from America, China, and all over the world are blasting the “a**hole” father’s “ugly” behavior, calling his reaction to the revelation that he was going to have a third girl nothing short of “alarming.”

The expectant mother shared content via her handle @kc.fulton on the Chinese-created and owned social media platform TikTok. She and her husband, the man who was furious for having another girl, both share custody of a three-year-old daughter and a one-year-old daughter. They now know they have their third daughter on the way after they hosted a gender-reveal celebration a week or so ago. During the party, the expectant couple had pink confetti rain down on them to signal that the mom was pregnant with a female child – not a boy like dad had prayed for. 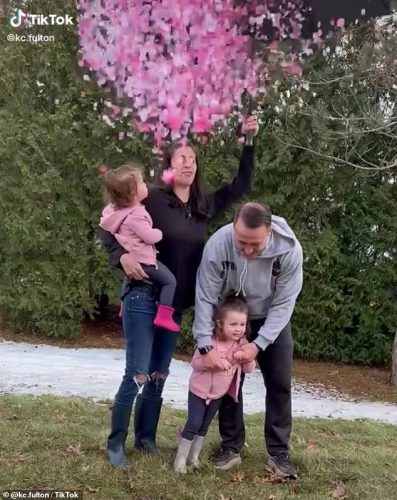 While mom and her toddlers celebrated the news that they would have another little girl, dad was visibly angry. He cursed profanities and stormed away from his family in a rage because his wife was not pregnant with a baby with a Y chromosome.

Thousands of people criticized dad for being such an “a**hole.” However, the mother, ever a good wife, turned to TikTok to share a follow-up video in which she claims, despite the evidence to the contrary, that the man she married is actually “a good father,” although he was not on his best behavior during the gender-reveal party. 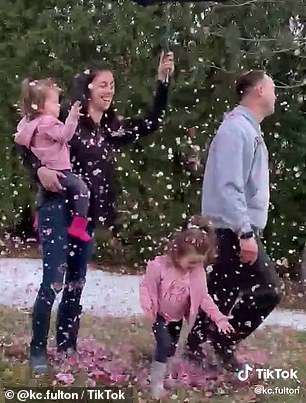 In the viral video, mom, dad, and their two young daughters are all standing under an object loaded with confetti. When the thing bursts and spews out pink pieces of paper, dad groans and looks very upset. While the camera keeps on rolling, dad just walks away from his family as he tries to deal with the complex emotions he feels being trapped in a family where he is the only male.

Off-camera the “good father” can be heard shouting “F**k!” again and again as he tries to cope with the fact that his prayers were not answered and God had blessed his family with yet another little girl. He clearly is not happy being a “girl dad.”

Mom tries to remain positive, asking her children if they’re excited to be having a baby sister. Meanwhile, dad paces in front of them and screams, “F**k!” as he continues to cope with the difficult emotions that have taken control of him. 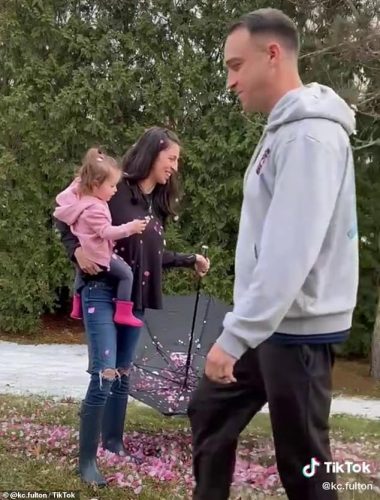 Meanwhile, mom, who laughed at her husband’s reaction, finding it endearing, captioned the viral video, “I swear he’s happy.”

However, people thought mom was lying, and soon the video racked up a shocking 44 million views. So, mom disabled the comments on this particular video and tried to play it off as an innocent moment of levity – but people could not help but fear for mom because it did not seem like her husband was supportive of having a third little girl in the house.

People shared the video on Twitter, adding to the growing conversation about the shocking gender reveal party.

“That video was PAINFUL to watch. I cannot imagine having a father that was disappointed in me before I was born. His reaction was alarming,” wrote one.

“He should be ashamed of himself for that reaction. Grown man throwing a tantrum like that,” said another.