Experts Agree: Here’s What You Should Do If You See An Opossum In Your Yard 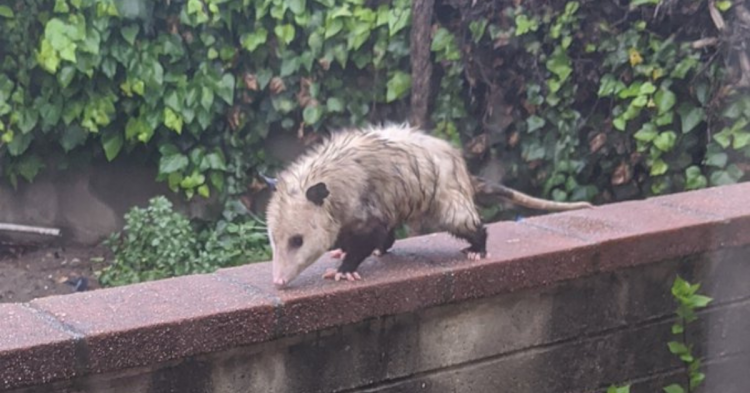 Opossums are common in many parts of the United States. They’re nocturnal and can be as large as a housecat or a small dog. However, anyone who has ever come close to an opossum knows that they’re not exactly the cutest critters on the planet. They have a rather ghoulish look that can be scary enough to give children nightmares – especially if they see the animal’s jagged teeth.

These creatures might look like rodents, but they’re not. They are actually marsupials, just like kangaroos and platypuses. Because they’re so freaky looking, people do not like seeing opossums in their yard or on their property. However, these animals are often misunderstood and can actually provide some benefit to your property if you don’t kick them off of it – or euthanize them if caught.

Opossums are famous for “playing dead.” Their trick is so common that the American Museum of Natural History wrote a Twitter post about the animal and even proclaimed it as in the running for an Oscar.

“Few compare to this marsupial when it comes to ‘playing dead,’” the museum wrote. “When under threat, it’ll fall on its side, curl its body, & may supplement the act with open-mouth drooling & an excretion of feces in hopes of deterring hungry predators.”

By playing dead, opossums can deter predators from eating them. But they don’t do this voluntarily. It would be more of an automatic response, like if you had to vomit after eating some bad food.

When the opossum “dies,” it falls to the ground. Its lips curl up, so its jagged teeth are visible. The animal’s body stiffens as it has gone through rigor mortis and its long toes curl up. The animal even excretes a rotten “dead” smell from defensive glands near its anus.

Opossums are not to be feared. They’re far more afraid of humans – thus the playing dead part of their defensive strategy. They’re less dangerous than a loose dog, in most cases.

Actually, opossums can be a great visitor to your yard. They eat the nasty pests that you usually have to pay to have removed. So, if you ever had a rat, roach, cricket, or even a snake problem in your yard, the opossum is your savior. These marsupials will eat up all of those pests and clean the yard for you – free of charge.

But that’s not all! Opossums love to eat the pests that are trying to make your yard their home, but they also go after overripe fruit. If you have a fruit tree and do not collect every last fruit come picking season, the opossum can clean up the rest for you. You could also feed these opossums any fruit that has gone bad in your pantry.

While opossums may look ugly, they can do a lot for you and your property. Next time you see you wandering around your yard, think twice before you try to scare it away. The opossum could do a lot of good by clearing your yard of pests and even eating overripe fruit from your trees.