Farmer Explains Why He Feeds His Cows Skittles 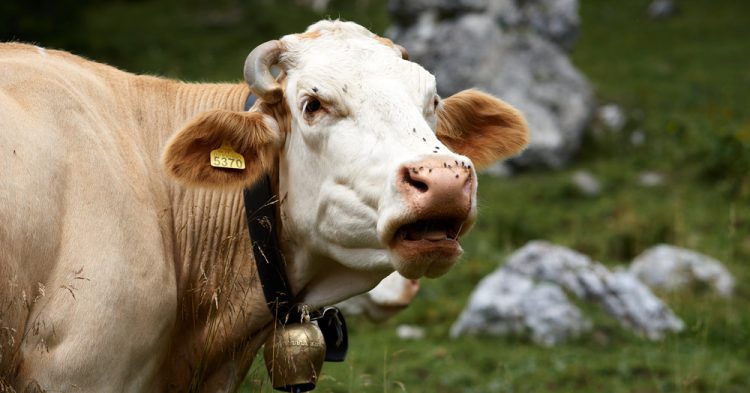 One dairy farmer decided to open up a view into his farm’s operation by launching a TikTok account on the Chinese-created social media platform. In a quick-hitting video, the farmer, who posts content on the video-sharing platform under the alias IowaDairyFarmer, uploaded a clip explaining why he feeds his cows Skittles candies – and the video has accumulated more than three million views and counting so far.

The Iowa dairy farmer shared the video on TikTok along with a caption that stated, “Cows are amazing at utilizing things humans don’t want. Skittles are simply a different energy source for the cow, absolutely nothing wrong with it.”

Apparently, America’s dairy cows are fed Skittles as a source of energy for the milk-producing animals.

“Farmers have been doing stuff like this for a long time,” the farmer explains in his viral video. “It just goes to show you how important it is to tell what we are doing and why we are doing it, so people aren’t surprised by a concept like feeding (cows) Skittles.”

The farmer wants people to understand that farmers know what they’re doing when it comes to taking care of cattle.

“Now, let’s talk about a cow’s diet and why we would feed it something like Skittles,” he said. “What a cow eats on a regular basis – every day, I should say – is a TMR (totally mixed ration).”

The feed for the cow includes common food products like corn as well as other edible things like cottonseed. The farmer also explains that his cows get an injection of whey in their totally mixed ration.

“(The cow’s food) is all mixed together, so every cow gets the exact same bite every single hour of every single day because cows love consistency. This is a specially formulated and regularly balanced diet.”

Now, onto the topic of farmers feeding their cows Skittles as a dietary supplement. Although he does not currently feed his cows Skittles, he “absolutely” would if he needed to.

“Farms feed (cows) Skittles because it is an energy source. And in some locations, depending upon whether you are near a place that may or may not make Skittles, you could have cheap access to an energy source.”

Smart farmers can work with candy producers to obtain perfectly good quality food that might otherwise be discarded because it is not deemed perfect enough for human consumption – maybe the S on the Skittle was put on wrong, or the colors are not quite right. Instead of these rejected Skittles going into a landfill, farmers can obtain them as an energy source for their cows.

Farmers don’t feed their cows bags and bags of Skittles. Instead, they put the candies into the totally mixed ration where they can be fed to the cows a little bit at a time. Skittles are made of sugar, and sugar is not bad for cows if given in moderation.