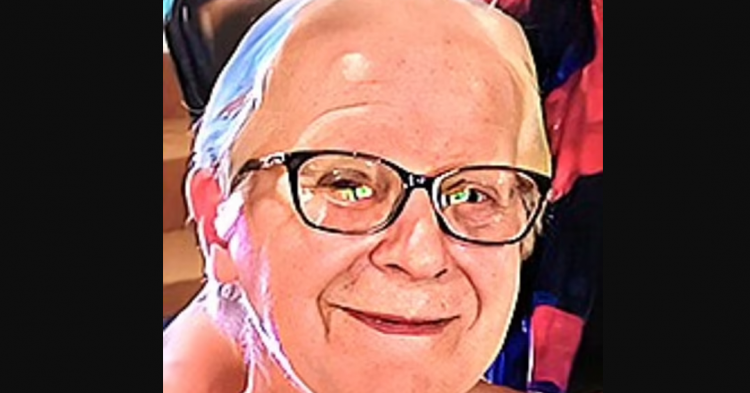 A Texas grandmother refused to go out without a last laugh. Although she passed away only last month, the attendants at 81-year-old Jo Marie Perryman’s funeral on October 18, 2022, were in for a shock. Perryman passed away on October 12, 2022, but included a few last wishes in her will that demanded a card be handed out at her funeral services that would shock and surprise everyone in attendance.

The humorous card, which included a picture of an Ouija board and a message that said, “keep in touch,” was handed out at Perryman’s funeral because the old grandmother wanted her relatives and friends to have a good laugh instead of a good cry. 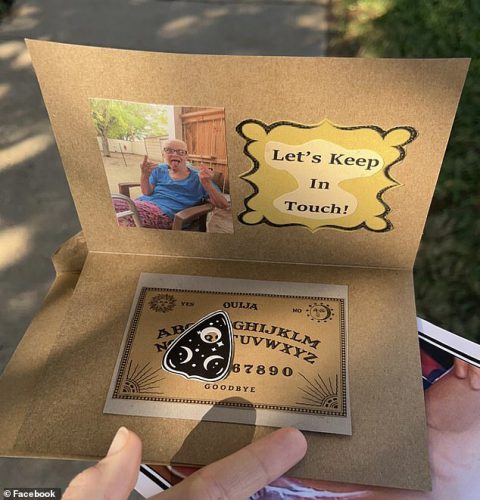 Although death might have taken Perryman from her loved ones, her passing did not rob her of her sense of humor. Instead, Perryman was able to get one last laugh at her loved ones’ expense by including the humorous message in the card handed out at the funeral service.

In addition to the image of the Ouija board, the card also includes a photo of Perryman throwing up her two middle fingers while sticking out her tongue at the camera. The card states “let’s keep in touch” and features an image of a pagan Ouija board that some people use to speak across the plane of reality to those who are dead.

Perryman’s granddaughter, Gracie, shared an image of the hilarious card on Twitter along with a message that stated, “Received this at my grandma’s funeral. What an icon.”

Clearly, Perryman made a positive impact on her family members. She will forever be remembered as someone who had a good sense of humor and who knew how to make other people laugh even during the hardest of circumstances – like her own funeral.

Gracie’s tweet quickly went viral as thousands of people jumped on the bandwagon and began sharing it with their Twitter feed and followers. More than 65,000 people retweeted the picture of the funeral card and Gracie’s tweet received more than 650,000 likes on Elon Musk’s social media platform.

Thousands of people shared their reactions in the form of comments like the following:

“I am so sorry for your loss,” wrote one Twitter user. “However, this is the stuff of LEGENDS! And now, you have it to look at whenever you feel down.”

“This is amazing,” wrote another Twitter fiend. “I am going to do this when I die in honor of your badass grandma! May she rest in peace.”

Some people were also inspired by Gracie’s tweet to share a few insights from their own lives.

“The last time I got to talk to my best friend before ovarian cancer took her, I asked her to send me a postcard from her next adventure. I get little signs every once in a while. It’s a nice thing so this just makes the messaging easier. Brilliant.”

Another woman shared a picture from her father’s funeral in which she has a pair of costume glasses with a fake mustache posted over the man’s photo.