He Was A Huge Pop Star 20 Years Ago, But He Recently Got A Welfare Check 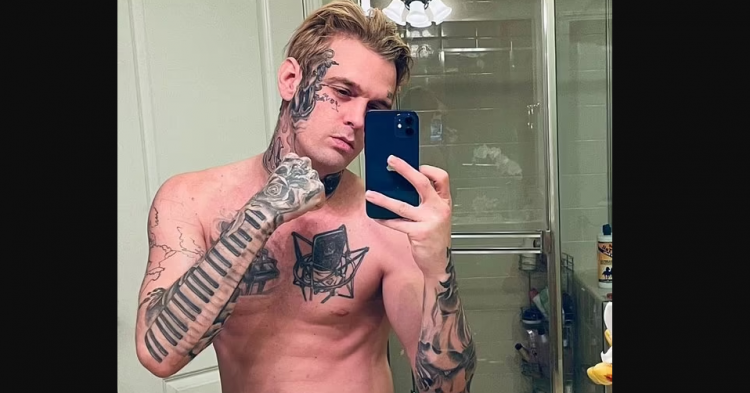 Aaron Carter was a superstar years ago. Now, the star’s fans have become so worried about him that they called the police and begged officers to perform a welfare check on the struggling musician. Fans needed officers to go out to his home on the evening of September 20, 2022, after Aaron Carter posted alarming content to social media that sent many of his fans into a worried tailspin.

Fans were worried that Carter might have been abusing drugs off camera while streaming a live chat on social media about his whereabouts. During the online conversation, the screen went black for a moment, and fans worried that Carter might have turned it off so he could abuse drugs off-camera. Some fans worried that they heard spraying and inhaling in the background, which sent alarm bells ringing, and many fans called the police to have them check on Carter to make sure he was not making any decisions that would risk his life. 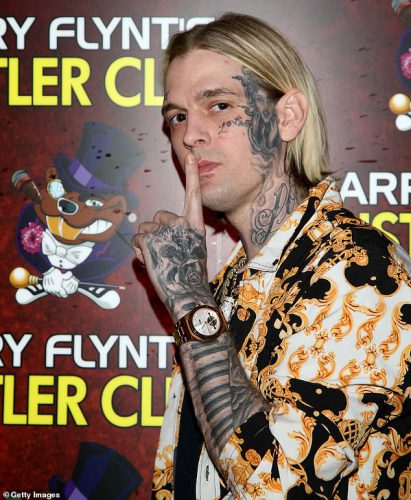 The 34-year-old celebrity had previously admitted that he suffered from a huffing addiction. This means that he regularly abuses substances that produce foul smells that he gets off on.

McGill University in Montreal, Canada, reported that Aaron Carter’s drug of choice, huffing, “involves inhaling (or ‘huffing’) fumes from your everyday run-of-the-mill household products, such as glue, cleaning products or paint. This huffing produces a high that is similar to the effects of alcohol.” 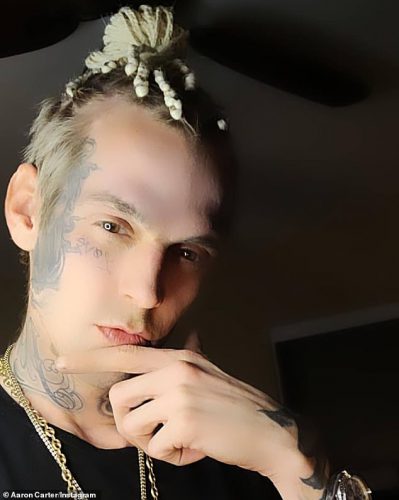 Fans were so convincing during their emergency rescue calls that the Lancaster authorities sent both police and fire rescue units to Carter’s residence in Lancaster, California. When these rescue professionals arrived on the scene, it took some time before Carter answered their knocks at the door.

Authorities immediately questioned Carter. However, he claimed that he had simply taken a while to get to the door because he had been sleeping – not huffing various chemicals that could give him a high. After doing their welfare check, authorities reported that they did not find evidence of drug abuse in Carter’s home. They also did not find anything that suggested that the singer had attempted to commit suicide. 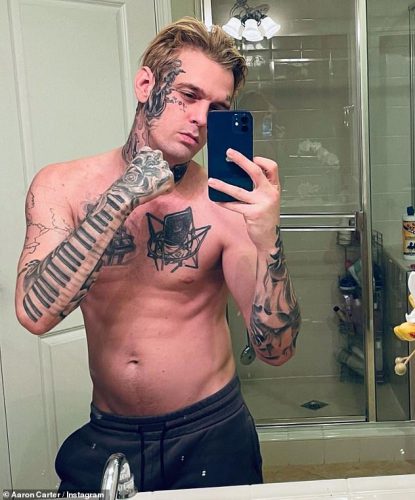 In a previous revelation to his fans online, Carter expressed how he had been diagnosed with various mental health conditions. He reported suffering from schizophrenia, multiple personality disorder, and anxiety.

Carter recently made a ruckus online after he appeared in a video declaring himself the “Troll hunter.” In the video, he sprayed what appeared to be an air freshener as he went around his home. However, Carter did not appear to be suffering from a psychotic episode or a mental health breakdown because he later told the celebrity tabloid TMZ that he was simply “tired of people coming after me, so I trolled everybody.”

Carter is currently working to regain custody of his nine-month-old baby boy. He checked into an outpatient rehab center to work on himself.

In conversation with The US Sun, Carter said: “It’s an abstinence program, and I work with an individual counselor. I do group therapy, parenting classes, domestic violence classes, I got myself certified in CPR, just a lot of different things,’ he continued,’ It’s new being a parent, but it’s actually become really fun and exciting and given me a new chapter of my life. It’s been amazing.”