Homeowner To People Offended By Obama Sign: It’s A Joke, Get Over It (Photo) 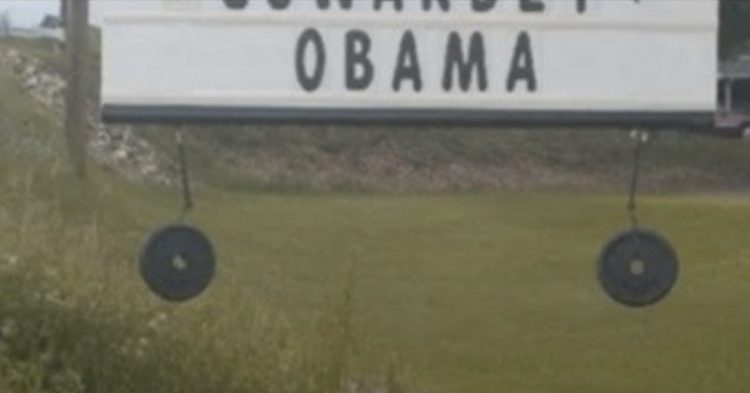 A photo of a controversial sign, found in front of someone’s home, that slammed both President Obama and Caitlyn Jenner circulated online this week and had some people outraged. The sign, posted by Redditor SusanBAnthonyy, appeared to be the type of sign that would normally be used for business. In this case, however, it was reportedly in front of a Massachusetts resident’s home and boasted a strange message.

“Caitlyn Jenner Donates Testicles To Cowardly Obama,” the message read. The word “cowardly” was surrounded on the sign by arrows. 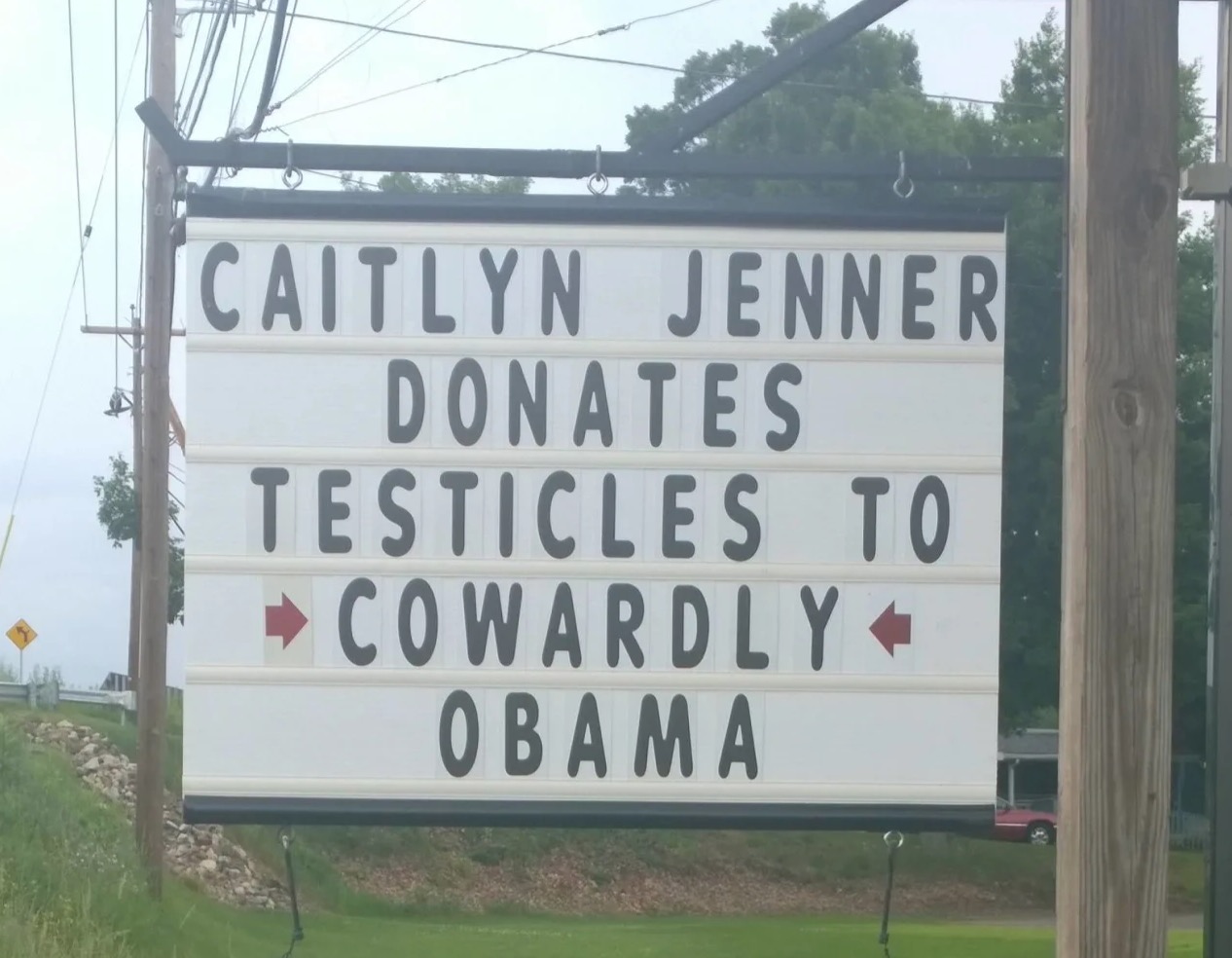 Many Redditors took aim at the sign’s odd attempt at a joke.

“That’s not trashy, it’s a failed attempt at humor fueled by blind partisanship garnished with a dash of ignorance,” Redditor Thestilt wrote.

“You have a sign where you can share anything you want with the world, and you put this?” SlobBarker added.

Others questioned why the homeowner would post such a sign in front of their home, considering what it’s typically used for.

“I’ve never seen a sign where you slide in the letters, in front of someone’s house before … I mean stores and businesses yes, but it’s weird to see it on someone’s lawn,” Redditor Bigsexy2 wrote.

What’s your reaction to the sign? Do you think the homeowner should be forced to take it down?