A new trend is taking over social media ahead of the holidays – especially the Chinese-created TikTok platform – that might have you vomiting in your mouth. Although many people are disgusted by the very idea of chocolate-covered pickles, some people swear that they’re an absolutely delightful way to satisfy a simultaneous craving for something sweet and something savory. It goes without saying that chocolate-covered pickles are not going to be for everyone – they require a specific type of tastebuds – but one thing is for certain, this online trend is going nowhere as thousands of people jump on board and start making these intriguing treats at home and for various holiday gatherings.

It’s very easy to create your own chocolate-covered pickles at home. You simply just need to buy your favorite jar of pickles and then dip them in chocolate per the recipe. You can cover them with salt or anything else your heart desires because there’s really no right and no wrong way to make chocolate-covered pickles. They’re kind of like the wild wild west when it comes to recipes right now – anything goes. 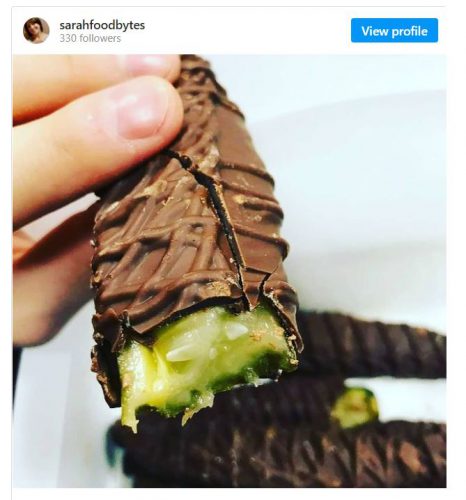 After you get ahold of the pickles you want to use for this bizarre recipe, it’s time to gather your chocolate. You can really do whatever you want here. You’re free to use chocolate syrup – that’s a popular way for some people to cover their salty pickles in the dessert topping. Others prefer to melt chocolate – using chocolate baking chips or even an old chocolate bar that has been sitting around since Halloween.

You can serve as whole pickles or sliced. If you choose to dip the entire pickle in chocolate, you’ll have a treat that can serve as a snack. If you want to make your chocolate-covered pickles more accessible to more people, try cutting them into discs and then covering each disc with chocolate – this method creates a delightful pickle “chip” that offers up a sweet crunch with every bite. 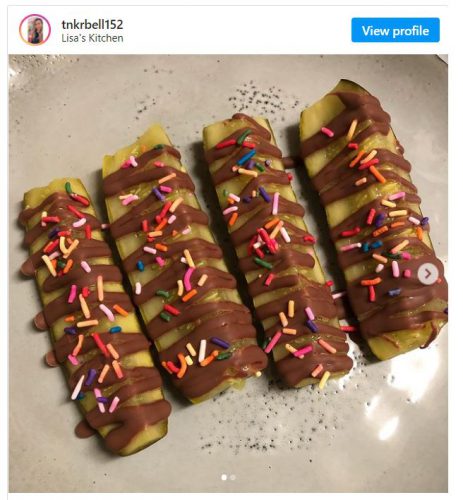 Some people have even shared photos of their finished creations that show how they covered the chocolate-covered pickles with sprinkles to give it even more visual appeal. These people swear that the finished result is something worth eating – a treat that is sure to please a bunch of people. However, some people find the very idea of chocolate-covered pickles to just be “wrong” and something that should be avoided at all costs. 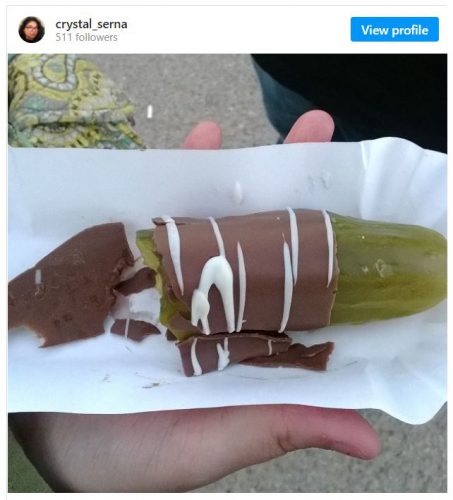 People have shared reactions to chocolate-covered pickles in the comments of the various Instagram photos shared throughout this article. The following is a selection of those comments.

“Ughhh, I literally want to cry right now! This looks so bomb!” 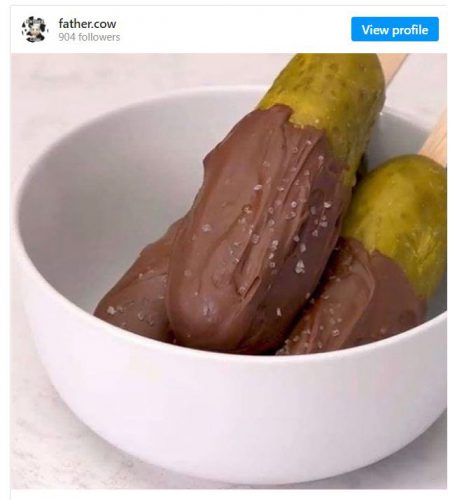 “What did it taste like?” wrote one person. Another added, “Don’t leave me in suspense!”

One person wrote, “LMAOOO, I swear I almost walked down to that pickle fest because I was sitting at West Penn Hospital with Mom. But when I heard about it, I cracked up.”

“I like both separately,” wrote one person. “But in the same mouthful?” 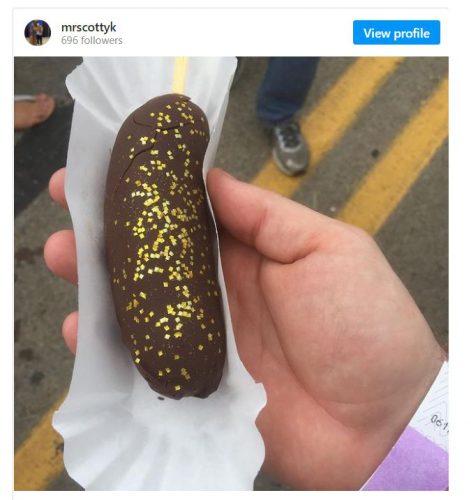 “No, thank you!” wrote one person who was not a fan of the idea of chocolate-covered pickles. “I like my cucumbers sour!”

What do you think? Are chocolate-covered pickles worth trying, or is this trend something that you would rather just avoid altogether? Let us know in the comments below.