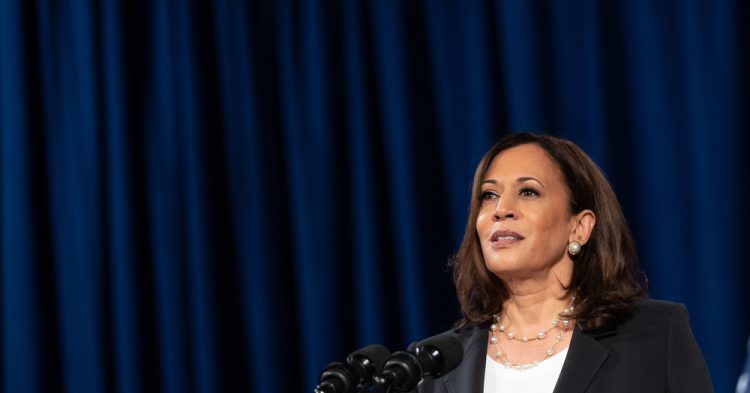 During a flight to Guatemala, Vice President Kamala Harris passed out cookies to reporters. However, she found herself on the receiving end of criticism for the generous act because the cookies were made to look like her. With the vice president’s iconic hair and blue blazer, the cookie looked like Harris and was ridiculed on Twitter by those who saw images of the vice president’s cookie.

The cookies were handed out during Harris’ first trip abroad. She was tasked by President Joe Biden to visit Central America to help alleviate the migration crisis that is occurring in the region. She was on the plane on her way to visit with the president of Guatemala, Alejandro Giammattei. 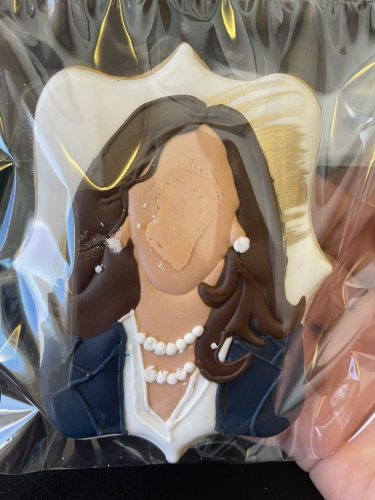 During the international flight aboard Air Force 2, Harris went into the back of the plane to hand out the cookies that were made to mirror her White House portrait. Her gesture was ridiculed by Republicans, who saw it as something bizarre.

Rep. Guy Reschenthaler wrote: “[Harris] is passing out cookies to the press with her face on them while the cartel makes hundreds of millions of dollars smuggling drugs and children across the southern border. This is all possible thanks to the Biden/Harris Administration’s policies.”

GOP Chairwoman Ronna McDaniel also took a swipe at Harris for passing out cookies that looked like her: “Handing out cookies with her face on them as the border crisis rages… The modern-day equivalent of ‘let them eat cake.’”

Images of the cookies were posted to social media by USA Today politics reporter Courtney Subramanian. She added a caption that read, “VP made an OTR visit to the back of the plane and delivered cookies decorated with the shape of her likeness as well as AF2.”

Republican congressional candidate Buzz Patterson, who once served as a former Clinton aide in the Clinton Administration, was outraged that Harris would share cookies with people aboard Air Force 2 – especially cookies that looked like her White House portrait.

Patterson tweeted: “As a former Military Aide during the Clinton administration, I never even imagined this level of narcissism. And, all on YOUR tax dollars, America! Democrats, even you can’t be cool with this.”

During the visit to Guatemala, President Giammattei stated that America and Guatemala “are not on the same side of the coin” when it comes to the immigration crisis in Latin America. Harris responded by claiming the surge in migrants is a “shared priority” among the countries and should not be America’s sole responsibility. When it comes down to it, President Giammattei blames President Biden’s soft rhetoric for accidentally encouraging thousands of people to leave their homes and strive to get across the American border.