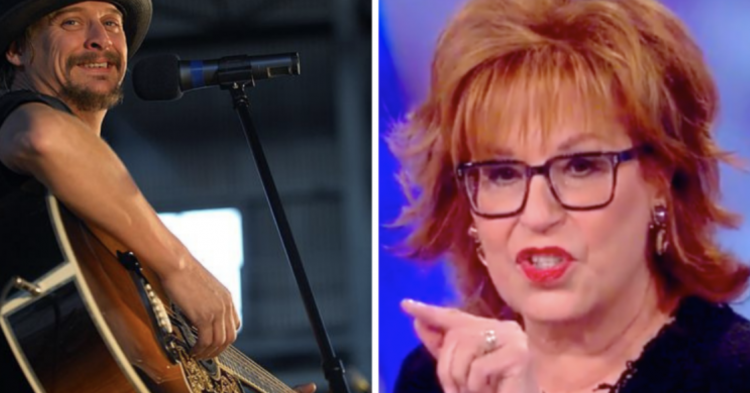 Ever since President Trump was running for office, musician Kid Rock has been a big fan. Now that President Trump is on his way out of the White House, Kid Rock has turned his attention back to things that matter to him – like The View. During a recent appearance on the Fox News program Fox & Friends, Kid Rock took his chance on national television to revive the spat that he and longtime host of The View, Joy Behar, have been nursing for years.

Kid Rock has always been known as someone who says what he thinks. His entire music brand was one in which he put it all out there regardless of how offensive or shocking it was for the general public. Although it has been decades since Kid Rock first came onto the music scene, he continues to be a “bad boy” who shares his opinion no matter how offensive or shocking. 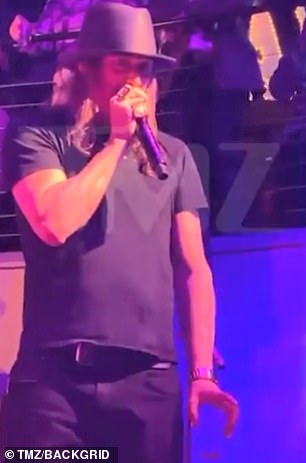 Because he had the ear of Fox News nation during his appearance on Fox & Friends, Kid Rock decided to use his chance to speak about how much he dislikes Joy Behar and all that she stands for.

“You know and just talk about things without going for each other’s throats and protesting everything, and God forbid you say something a little bit wrong, you’re racist, homophobic, Islamophobic. This, that and the other,” Kid Rock said to “Fox & Friends” co-host Steve Doocy. “People need to calm down, get a little less politically correct. And I would say you know, love everybody.”

The rock star then added, “Except I’d say screw that Joy Behar b*tch. Everybody but that.”

On behalf of guest Kid Rock, Doocy apologizes to Fox & Friends viewers for being subjected to the singer’s offensive language choice. Fox News censors were too slow to catch Kid Rock’s slur, and it was televised to the national audience.

As though he realized he had gone too far, Kid Rock turned back the dial on his description of Joy Behar.

“I mean, lady. I mean, lady,” Rock backtracked after Doocy apologized to viewers. “Maybe we’ll go on, and I’ll hash it out with her, and we’ll talk about. But, aside from joking, which I was, is just go out and hash it out with people and have your thoughts and ideas but, be able to still go have a beer with somebody and just say you know hey, we all love this country. And you know, let’s have different ideas but try to move forward and be more together and realize at the end of the day we’re all Americans.”

However, Kid Rock did not want Fox & Friends viewers to be confused about his feelings for Joy Behar. He took one more chance to make things crystal clear for the viewer at home.

“I did apologize for the language. Not the sentiment,” Kid Rock concluded.

In the video below, you can see how Kid Rock used his chance on Fox & Friends to bash Joy Behar, the co-host of The View.

Do you think he should apologize for calling Behar a “b*tch” on air?