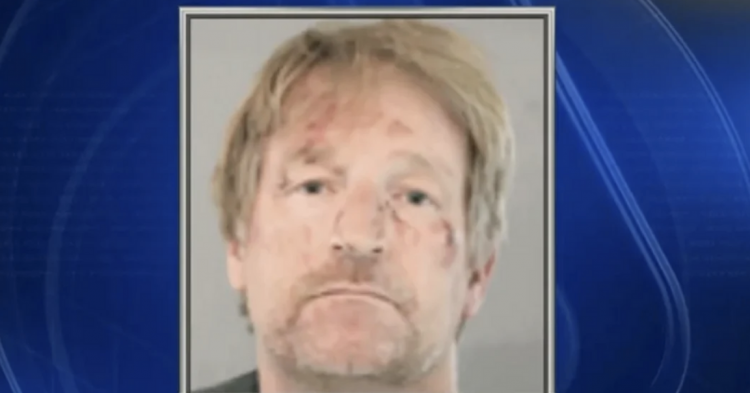 Two men were going about their daily business in SOLANO COUNTY, California, when they noticed something that they could simply not in good conscience ignore. The men watched as a man beat a female California Highway Patrol police officer on the freeway shoulder on Interstate 80 westbound in American Canyon. That’s when 61-year-old Joel Jones and 52-year-old Greg Bunting stopped what they were doing to help the police officer during her important moment of need.

The assault was first observed around 8:30 am on Saturday. Thankfully, the two men were able to stop their vehicles and run to the rescue of the female police officer who was being taken advantage of by the male suspect. 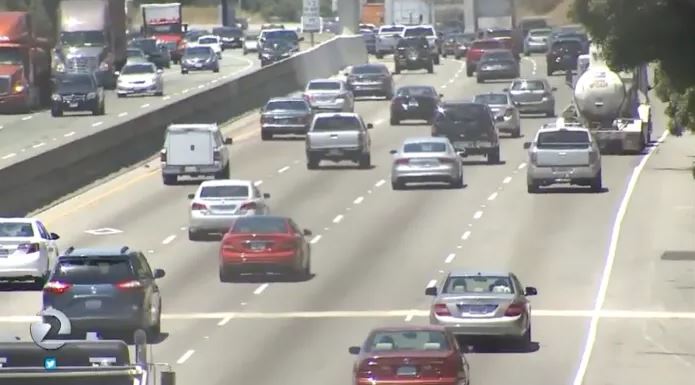 Jones, a former Drake University linebacker, is a retired San Francisco County sheriff’s deputy, and Bunting is a motorcycle mechanic.

Before the assault began, Jones was driving along the highway with his wife, Annalisa. They watched as the suspect, 49-year-old Gary Coslovich, weaved in and out of traffic along the interstate before colliding into two vehicles at 80 miles per hour. Those drivers spun out on the busy road.

Because they were worried for the safety of other people, Jones, and his wife decided to follow the erratic driver. As a pastor of a church in Crockett, California, Jones and his wife felt it was their Christian duty to keep an eye on the wild driver until police were able to arrive to stop him in his tracks. 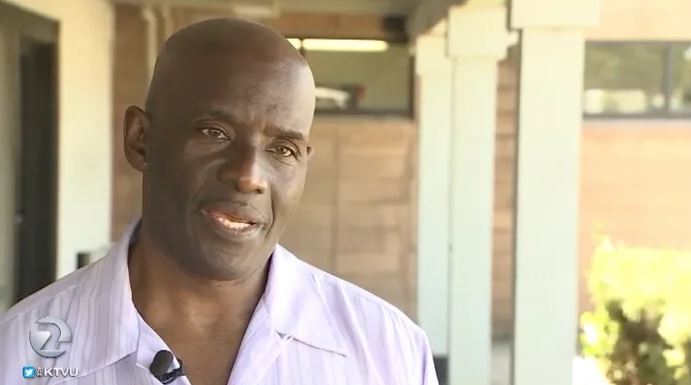 Jones (above) watched as a CHP officer pulled over the ballistic Coslovich, who flew into a rage when he realized he was being stopped by a female police officer.

While they watched from the shoulder of the road, Coslovich became a savage animal and beat the female officer with all of his might.

“I thought he was going to take her gun. He was at her waist midsection. I told my wife, I said stay here, and I said, ‘Lord be with me,'” said Jones.

Thankfully, Jones had plenty of experience he could put to use to stop Coslovich. As a former linebacker and deputy, he rushed from his car and tackled Coslovich, knocking him off his feet.

During the fight, Bunting stopped to help as well. 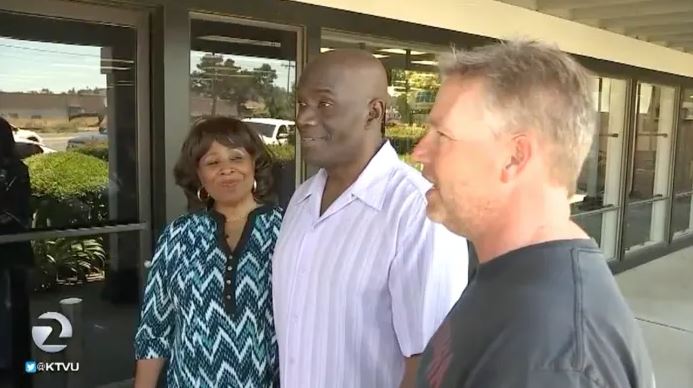 “It’s hard to see a woman hit by a man,” said Bunting. “To see that was— uh, there are no words to describe it except for it was sick.”

Together, Good Samaritans Bunting and Jones held down the enraged Coslovich until police backup arrived to arrest him.

“I think God puts us in places for a reason,” said Bunting, who formerly served as a youth minister.

Now, Jones and Bunting refuse to accept their new titles as heroes for helping put a bad man behind bars. 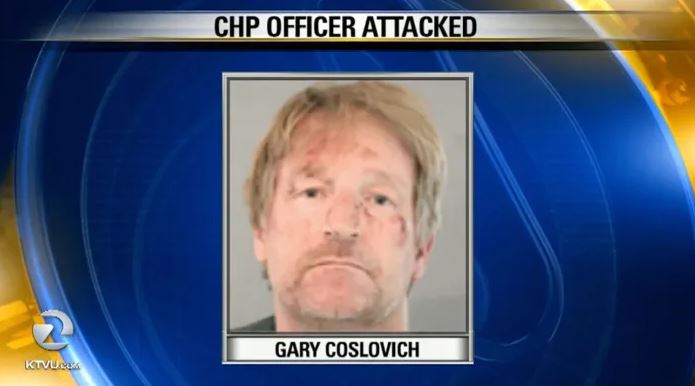 “We’re no superheroes,” agreed Bunting. “But when it comes to it’s time to help out, let’s do this!”

Coslovich has been detained and charged with assault and battery of a peace officer.