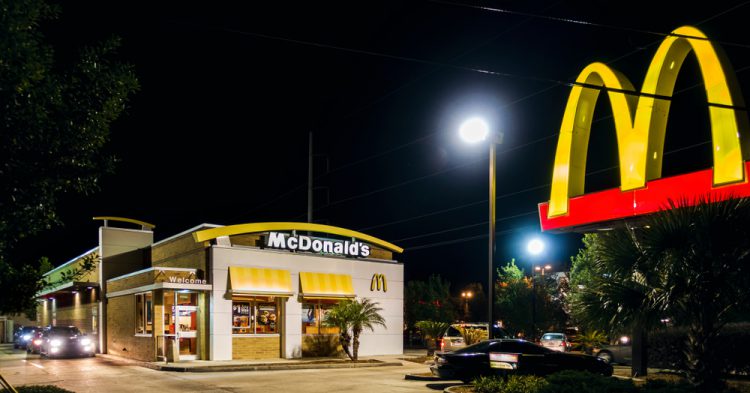 One TikTok user figured out a “brilliant” way to save loads of money on breakfast items at McDonald’s. In the video posted to the Chinese-created social media platform, the user explained that there’s an easy way to stop getting ripped off at McDonald’s when ordering their food in the morning – or any time of day you want their breakfast items. The video came from the HellthyJunkFood TikTok account (@hellthyjunkfood), which has shocked people with its fast-food hack, that promises to keep your wallet nice and full while simultaneously filling you up with breakfast items from your local McDonald’s restaurant.

In addition to this new McDonald’s menu trick, the TikTok user has exposed some inventive ways to save cash at other fast-food joints, including Five Guys burgers and Starbucks. These other tactics include getting a “free burger” from Five Guys, saving $2 off the menu price for a “Dirty Chai” at Starbucks as well as getting “free refills” at the same coffee chain.

McDonald’s sells its Sausage McMuffin and Sausage Biscuit for just $1.19, according to Yahoo News. However, if you want to get egg on the sandwich, you’ll end up paying a staggering $3.50 for the order. However, it doesn’t make sense that one egg should cost the customer “$2.60 to get one egg,” as the TikTok user explained.

Instead of ordering the sausage sandwich with egg, you need to order a “folded egg” on the side. McDonald’s charges just $1 for a folded egg, which you can easily place onto the sandwich to get the completed version at a much lower price.

When you create your own sandwich with this method, you get the “same” breakfast sandwich for $2.19 — as opposed to shelling out almost $4 for the exact same thing. Who wouldn’t want to save nearly 50% on their McDonald’s breakfast sandwich by using a simple trick promoted by a TikTok user?

“If you go to McDonald’s and order their breakfast sandwich, it costs (so much more). If you build your own egg white sandwich on the side, which is actually better because they put butter on the English muffin for some reason? You’re saving money! It gives me a warm feeling inside that I just saved someone 50 cents.”

He then said that his “payback for what they did to me is I want you guys to save money when getting McDonald’s breakfast, which is the best deals in the morning.” You can also get “free refills” at Starbucks by using a simple tactic suggested by this TikTok user. The HellthyJunkFood’s account on TikTok has shocked people with its fast-food hack, which promises to keep your wallet nice and full while simultaneously filling you up with breakfast items from your local McDonald’s restaurant.

What do you make of this McDonald’s fast-food hack to save cash?