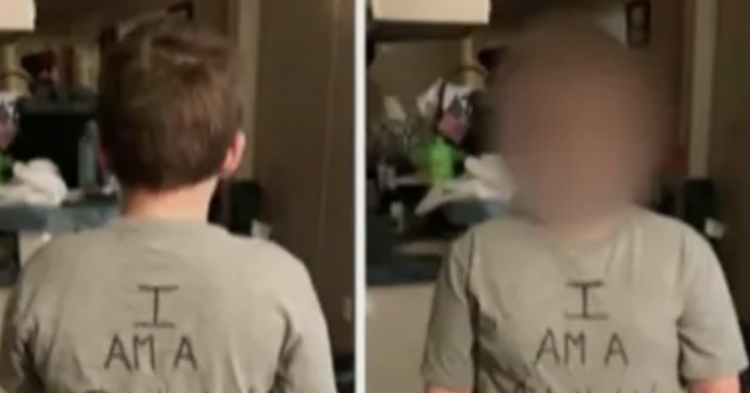 A Texas mom decided to teach her son a lesson after she learned a valuable thing about his personality. The boy was causing trouble in school. Administrators at the school he attended came to his mom to explain that he was a bully toward other students at the educational institution. The Texas mom claimed that her son went down the wrong path and was calling other students “idiots” and “stupid,” which is why the mom decided to make her bully son wear a T-shirt that proclaimed, “I am a BULLY.”

Mom wanted her son to be recognized as a bully at Greenleaf Elementary School in his community. She knew that other students at the school had heard that her son was a horrible person to other students. However, she wanted everyone to know that she believed them, and that’s why she forced her son to wear a T-shirt that humiliated him in front of hundreds of people at the school – not to mention thousands of people online who saw his mom’s social media post on Facebook.

“He was calling other boys stupid (and) calling them idiots,” the Texas mom, Star, who asked that she be identified by her first name only, told KTRK-TV. “I’m a very old-school parent. I don’t coddle my children. I don’t sugarcoat the world to them.”

Star wanted as many people as possible to know that her son was a bully, so she posted a picture of the boy wearing the T-shirt to her Facebook account. Star wrote, “I posted it to reach out to the parents of any of the kids my son may have bullied so that each one of them could get a personal apology.” 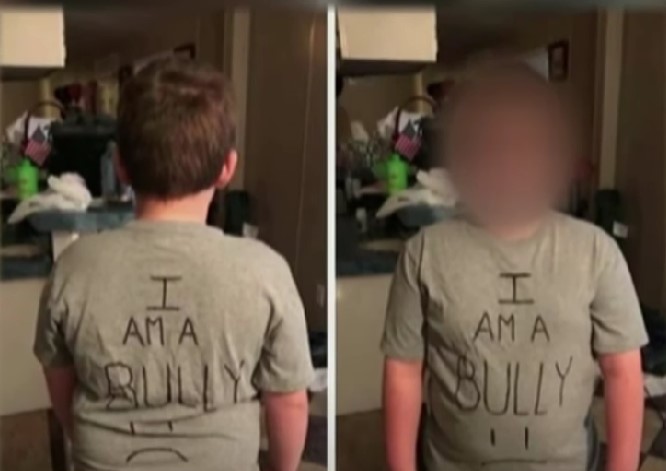 Although some people felt that Star went too far when it came to punishing her bully son, Star stood behind her actions and defended herself against critics in the online community.

“I wanted to know what he learned from it, and he said, ‘I learned that I didn’t like the way that that felt, and I don’t want anybody else to feel that way because of me,’” Star said. “That’s exactly what I wanted him to take from it.”

Professionals in the child development world do not support Star’s punishment. Although her son was a bully who was hurting other children, a child psychiatrist at Baylor College of Medicine denounced Star’s treatment of her son.

“Not a good idea to embarrass your child and solidify a negative identity in an elementary school child,” the child psychiatrist said. “She needs to find somebody to help her, and I think the school is one resource.”

Although Star had critics on social media and across the internet, she claimed that her son’s school district approved of her decision.

Splendora ISD said, “parents have the right to make important decisions and take certain actions on behalf of their child.”

What do you think about this mom’s punishment of her bully son?