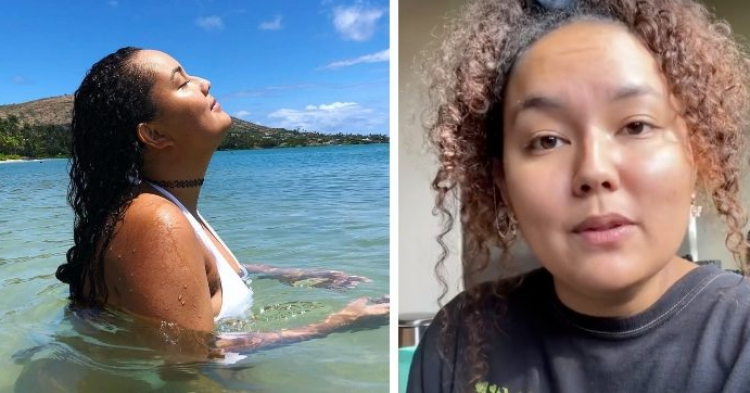 Back in 1958, the United States did not have fifty states. Hawaii was added to the list of official states in the country the following year in 1959. Ever since Hawaii was one of the country’s fifty states, millions of people have flocked to the tropic island for their annual vacations. However, locals, those who have lived on the island for a long time, are not very happy with all of the tourists who come to the island state and “disrespect” the beautiful landscape with their ignorance.

Now, native Hawaiians are fighting back by sharing videos urging tourists to look elsewhere for their tropical vacations. One person confronting tourists is twenty-four-year-old Lily, who has shared a number of TikTok videos on the Chinese-created social media platform.

In one video, Lily confronts a couple that disrespected the wildlife on the island state. The couple, who came to Hawaii from their home in Louisiana, were taking their honeymoon on the island of Kauai. During their visit to Hawaii, the new husband took a photo of his young wife touching an endangered monk seal. As a result, the couple was fined up to $50,000 for the offense.

Although the couple claimed that they had no idea that they were not supposed to touch the endangered animal, their argument fell flat fast. According to Lily, there are signs posted that warn people not to touch the monk seals. In addition, she believes that tourists need to do their own research before coming to Hawaii and touching everything they can within reach.

The young TikTok user urges tourists to “go back home” if they’re not going to respect the beauty hosted on the islands of Hawaii.

Lily does not like tourists because native Hawaiians “don’t benefit from tourist money.” Instead, locals involved in the tourism trade are far too often “overworked and underpaid,” just like workers are in other tropical locations that attract tourists.

In addition to the tourist problem, Hawaii also had a problem with homelessness. According to data presented by Lily on TikTok, as much as fifty-one percent of homeless people on the islands of Hawaii are native Hawaiians.

The young woman asks people to think about the negative impact that tourism has on Hawaii and its residents before booking their next trip to the island state. She wants people to know that there are “real consequences” to their actions when they visit places like Hawaii and fail to respect the culture and environment.

The TikTok user also points out that many of the popular tourist sites were built on sacred native Hawaiian land. For example, the Hilton Hawaiian Village Beach Resort & Spa is built on top of a sacred burial site. The hotel was constructed in 1955 without the consent of the Hawaiian people.

Lily’s videos have gone viral, with many people supporting her message. In a world where social media has the power to influence change, it will be interesting to see if Lily’s videos make any difference in the way tourists treat Hawaii and its residents.

Do you think that Lily’s TikTok videos will make a difference? Have you ever been to Hawaii?