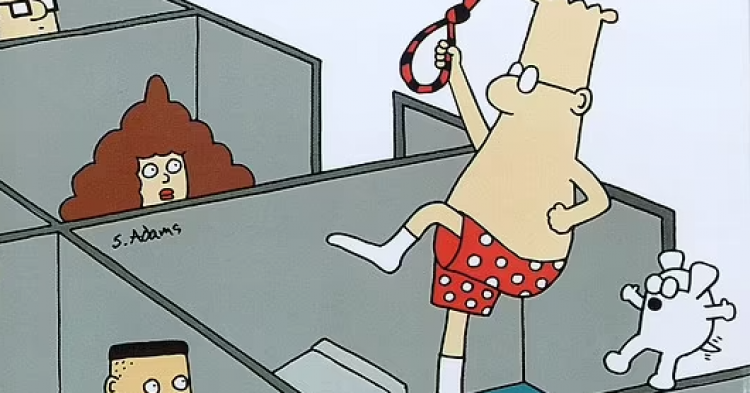 Dilbert has been canceled by more than seventy-seven newspapers after the comic strip’s creator began making the iconic cartoon political. In a series of anti-woke plotlines, Dilbert’s creator Scott Adams took aim at America’s liberal and progressive agenda by making fun of all the progress people are looking to make in recent years, including the writing of one Black character who refuses to admit their race and identifies as white instead.

Although Dilbert is a beloved comic strip that has been published for decades, it may be meeting its end after the creator turned the comic into a political tool. Dilbert first appeared in print back in 1989, where it made fun of corporate life and the millions of Americans who hold down jobs in office spaces. 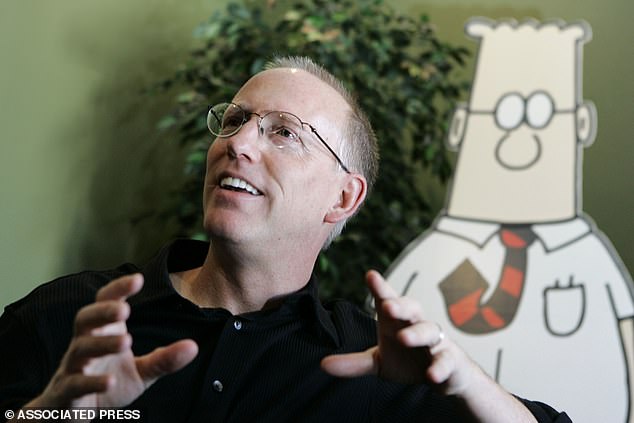 Adams recently announced that his pro-conservative and anti-progressive jokes have caused him to lose a contract with a massive media company named Lee Enterprises. The company owns about one hundred newspapers that exist all across the United States, including influential papers like Buffalo News, the Arizona Daily Sun, and St. Louis Post-Dispatch. Although Lee Enterprises has been publishing Adams’s jokes about corporate America for years, the anti-woke agenda of the comic strip was too sensitive of an issue for the massive publishing conglomerate.

In one of the recent controversial cartoon strips, a Black character, who identifies as white, was asked to also identify as gay to help boost the company’s environmental, social, and governance ratings.

The Black character replies to the request with interest saying, “Depends how hard you want me to sell it.” And the boss pushing the anti-woke agenda replies, “Just wear better shirts.”

Adams, who has an estimated worth of $70 million, may not feel much pain from the loss of publishers. His Dilbert enterprise has earned him millions of dollars, but he also does other things besides Dilbert.

Adams spoke to Fox News after losing his contract with Lee Enterprises. He told the conservative entertainment news channel that he heard the newspaper company had received numerous complaints about Dilbert being a racist cartoon. However, he could not say for sure whether he lost his contract with Lee Enterprises because of Dilbert’s content or if there was some other reason.

Adams said: “It was part of a larger overhaul, I believe, of comics, but why they decided what was in and what was out, that’s not known to anybody except them, I guess.”

In addition to Dilbert, other cartoons like Baby Blues, Red and Rover, Mutts, and Bizarro were also cut from the paper conglomerate. The creator of Bizarro, cartoonist Dan Piraro, spoke about losing his job.

“Lee Enterprises, a newspaper group that is majority-owned by a large investment firm, stopped running ‘Bizarro’ and many other comics in their papers this past week,” Piraro wrote on his webpage.

Adams added, “Do you think they flipped coins to decide what to keep and what to delete? It wasn’t about popularity or cost. (That I know.) But it could have been a normal business decision of another type. That is a huge coincidence. All possible.”