Pat Sajak Sick Of Leftist Celebrity Jimmy Kimmel Running His Mouth, Shuts Him Down With One Sentence 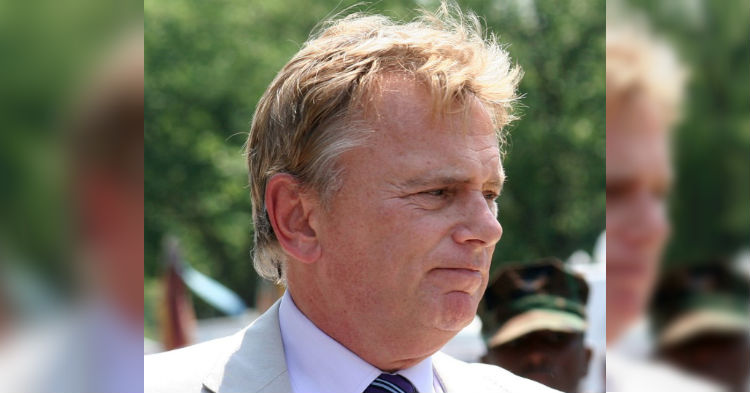 When we think of celebrities, we seldom think about them as being in the military. Maybe it’s because it takes away from the image that they portray on the big screen and it’s hard to see them in such a serious role wearing camo gear and taking orders from a drill instructor.

We also think of celebrities as being attached to certain brands and we view them for who they portray on the big screen.

The host of Wheel of Fortune, Pat Sajak, is known for his funny personality and his long stint on the hit game show. But recently he has been well-known for his outspokenness regarding leftist celebrities and their uninformed opinions on certain topics. He has been making quite a name for himself on Twitter, as he’s shared some pretty bold tweets.

“OK, let me explain this again: We’re celebs. We’re wiser & more empathetic than you. We are famous. Please take our opinions more seriously.”

He’s basically making fun of the comments made by entitled celebs who feel that it’s necessary to voice their opinion about major world news. And he wants to make it clear that just because someone is famous, doesn’t mean they are right in what they say or how they feel about certain topics. This isn’t the first or the last time that Sajak has made such comments, and the political conservative is doing his best to put Hollywood celebs in their place.

It’s pretty safe to say that Sajak gets involved in many outlets and has the information to back up his opinions. He is actively involved in matters.

“Nobody abhors violence more than Hollywood, and nobody does more to glorify it.”

“I wonder if the celebrities who moved out of the country will return for the demonstrations.”

“Looking forward to the next awards show/lecture.”

Pat Sajak can certainly be applauded for not holding back on sharing his feelings and standing by what he believes in.

The majority of commenters backed him up…

“He’s also one of the few Hollywood celebs to have served in the Army, and in Vietnam, no less. He was a host for Armed Forces Radio there, and while Robin Williams may be more famous for the line “Good morning, Vietnam!”, Pat Sajak actually said it in Real Life.”