RIP To These Heroes Who Died In This Tragic “Accident” 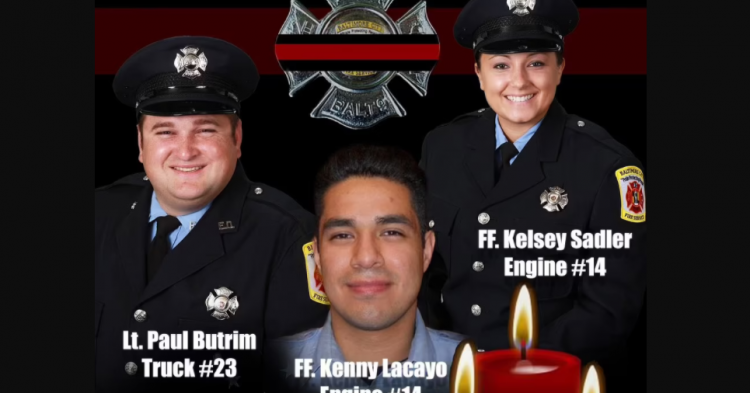 The victims were Lieutenant Paul Butrim, firefighter and paramedic Kelsey Sadler, and EMT and firefighter Kenny Lacayo. The survivor of the accident was firefighter John McMaster. He was pulled from the wreckage and was immediately brought to the emergency room, where he remains in critical condition. As of Monday, he was still on life support, clinging to the edge of survival. 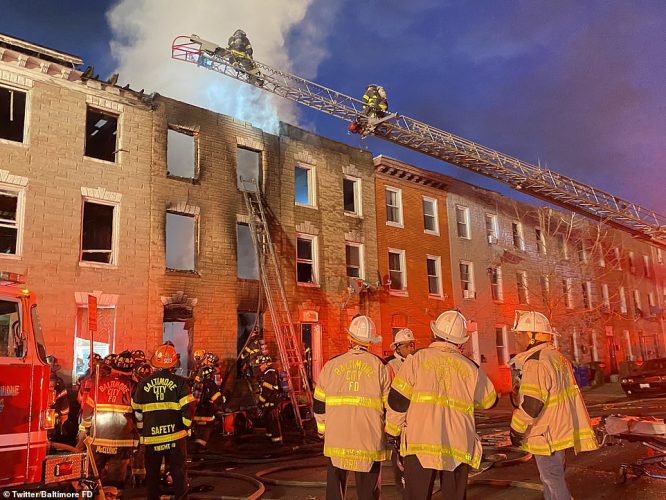 “Fingers crossed that he’s going to make it and be just fine. It’s hard to know at this point,” Dr. Thomas Scalea, of Maryland Shock Trauma, told the Associated Press.

At a news conference following the tragedy, Chief Niles R. Ford confirmed that one firefighter was declared dead at the scene. The other two were pulled from the collapsed home and were rushed to the hospital but could not be revived. 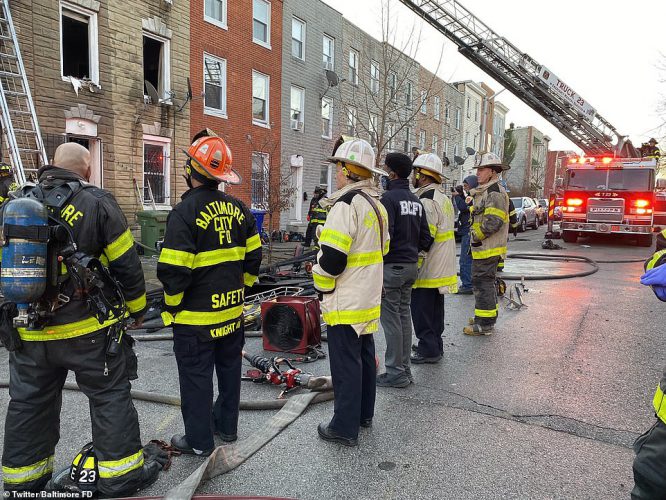 “Today, Baltimore has lost three of the bravest among us. Baltimore owes them the deepest gratitude and respect that we can offer anybody,” Baltimore Mayor Brandon Scott said.

In an effort to help people grieve the loss of the amazing firefighters who died in the collapsed building, the Baltimore City Fire Department posted a picture of the victims along with the following caption:

“Today, Lt. Paul Butrim, FF Kelsey Sadler & FF Kenny Lacayo lost their lives in service to our city. FF John McMaster remains in the hospital in critical but stable condition. We will continue to pray for the family of those we lost.” 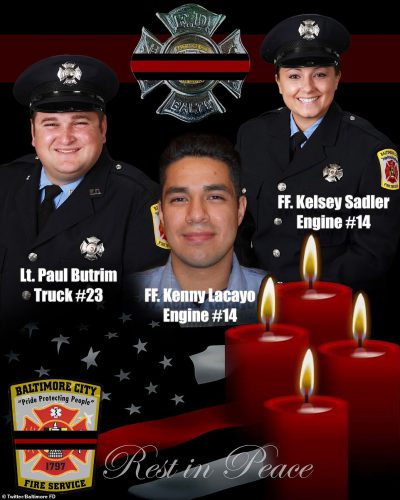 The home was most recently inspected on January 4, 2022, where it was decided that the property was adequately boarded up and cleaned. It is still unclear what caused the building to collapse, but officials are currently investigating. 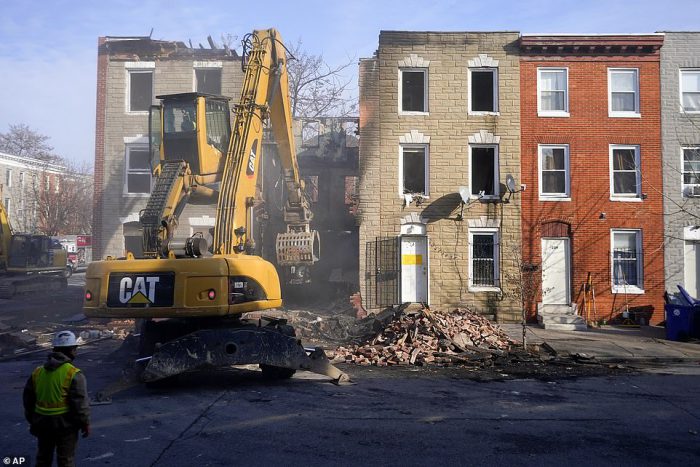 This tragic accident has left the Baltimore community in mourning, and our thoughts and prayers go out to the families of those who were lost. They will be sorely missed.

Please help us in honoring these heroes by leaving your thoughts and condolences in the comments below. We would also love to hear any stories or memories you may have of these firefighters. They will be greatly missed. Thank you for your support during this difficult time.