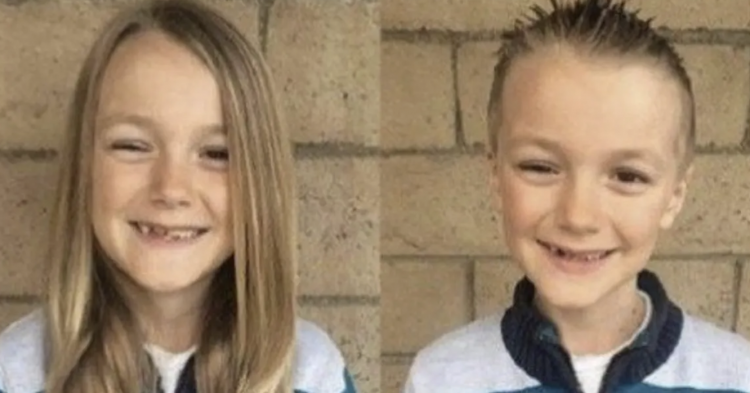 Vinny Desautels is not like the other students in his class. He wanted to do his part to help cancer patients, so he decided to grow his hair out so he could donate it. Vinny was just a seven-year-old boy when he decided to do the good deed for the sick people. However, Vinny and his family were recently struck by devastating news when the little boy was diagnosed with cancer himself.

For two years, Vinny endured the taunts and bullying of his classmates as he defied the trend and grew his hair long despite being a boy. Although his classmates made fun of him for being a boy with long hair, Vinny kept the cancer patients in mind as he endured their hateful comments. Eventually, his blonde hair grew long enough to donate. When it was thirteen inches long, he had it cut to be given to a cancer patient who had lost their hair during treatment. 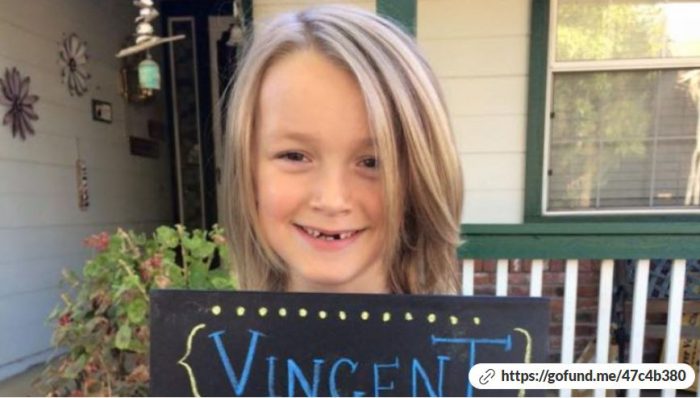 “I want to help people so they don’t have to go to the doctors to fight cancer,” Vinny explained.

Although bullies continued to call Vinny “a little girl,” he didn’t let their mean remarks get under his skin. Instead, he continued to remind himself that he was growing his hair out to support cancer patients in need. However, Vinny’s family knew how hard it was for him to grow his hair out and endure the bullies.

“During that time, he was mistaken for a girl many times, but Vinny took it like a champ and was like, ‘Nah, I’m a boy,’” his father Jason, a combat veteran, said.

Unfortunately, Vinny became sick shortly after cutting his hair off for cancer patients. That’s when he was diagnosed with cancer himself. According to a report on Opposing Views, Vinny was hit with stage-4 cancer and was dealt a devastating prognosis. 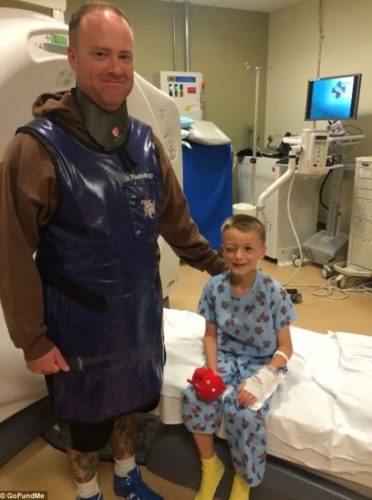 Vinny’s first symptoms of cancer appeared as knee pain. However, doctors soon learned that he had developed a cancerous growth around his hips.

His family wrote on GoFundMe: “On Thursday Vinny came home from school complaining about knee pain. When getting ready to take a shower, his parents noticed a significant lump on his right hip and brought him to the emergency room. A large growth was identified on his Iliac bone.”

Then it spread. Bone was growing around Vinny’s eye and his right cheek. They began to worry that this facial problem might be linked to the cancer beneath his belt.

The family’s fundraising efforts were successful in accumulating more than $400,000 in support of Vinny, his cancer treatments, and his family.

“We have started this Go Fund Me account to ease the burden of his parents, Jason and Amanda. Amanda is six months pregnant, and Jason is a combat veteran. Over the next days, weeks, and months ahead, they will need to be at countless doctor appointments, hospital stays, and surgeries. As you can imagine, the normal costs of  everyday living… such as rent, food, gas, car, etc…the medical costs can be astronomical.”

What do you think about this boy’s fight against cancer?