The Farmer Who Ran Over, Raped, And Buried Jogger Learns His Fate 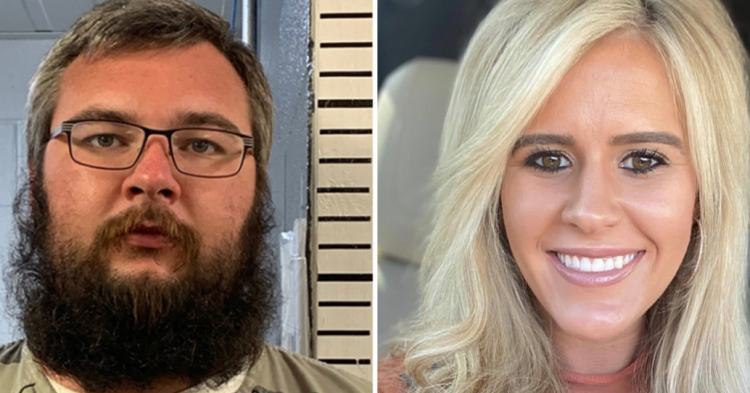 Quake Lewellyn logged onto a Facebook group to help find a nurse who had mysteriously disappeared during one of her frequent jogs. Lewellyn scrolled through the comments, reading what he could to make sure no one was on to him. As fate would have it, the 28-year-old Arkansas farmer would soon become the prime suspect in the disappearance of Sydney Claire Sutherland, 25 – and now Lewellyn has been charged with her murder, rape, and kidnapping.

The last time Sutherland was seen alive was on Wednesday. She had left her home for a run along Jackson County Road 41 between the cities of Newport and Grubbs. According to a report in People magazine, the Jackson County Sheriff David Lucas confirmed that a UPS driver had seen the missing woman during her run.

“We have a confirmed sighting around 2:30 to 3 pm in the afternoon,” Lucas said. “She was on foot, walking and jogging.”

Next, Sutherland’s cellphone was found about a quarter-mile from her home. Her vehicle and other personal belongings were still at her home. It seemed that she had not run away but had simply gone on a jog as she frequently did during the week when she had a few minutes for herself. According to her Facebook page, Sutherland worked as a registered nurse at Unity Health Harris Medical Center in Newport, Arkansas, which meant she spent her days saving lives.

Family and friends reported Sutherland missing quickly. Law enforcement agencies from across the state began searching for her and started with the area where she was last seen alive. They were also able to obtain data from her cellphone and her Apple Watch to track her movements the afternoon when she went missing.

During the two days when Sutherland was missing, hundreds of volunteers searched the area looking for her or her remains. Sheriff Lucas was not aware whether or not Lewellyn joined the volunteers; however, he was listed as being a member of one of the Facebook groups created to organize the search and rescue effort.

By Friday, Sheriff Lucas held a news conference to report that Sutherland’s body was found at 2 pm that afternoon. Her corpse was buried on farmland in rural Jackson County. The sheriff did not tell the media what led the authorities to the location of her body. He also confirmed that the suspect was a farmer in the area – although he did not mention Lewellyn by name at the time.

Lewellyn appeared in court on Monday. Mike McNeill, a special agent with the Arkansas State Police, told the court that Lewellyn confessed to seeing Sutherland jogging by his farm along County Road 41. He told authorities that he had turned his truck around and forced the victim into it. He then drove her to his farm, where he raped her. He killed her when he was finished and then buried her body on farmland.

“It’s taken a toll. It really has. Just because I know the people of this county, I know this family personally. I know this young lady personally. I’ve known her and watched her grow up,” Lucas said last week, according to the news station. “It hits me personally. And that’s another reason why we want to work so hard and try to find her.”