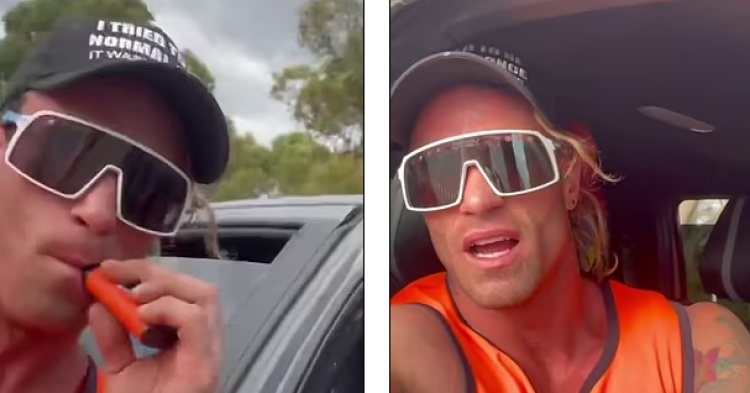 Australian bodybuilder Callum von Moger shared a series of alarming videos on social media in the days leading up to him jumping out of a second-story window. The videos provided a glimpse into the life of the former Mr. Universe as the thirty-one-year-old heartthrob confessed various things like how he had “messed up bad many times” in his life, while another video shows him with a parrot that says, “Catch ya later, alligator.”

Following his jump from the second-story window, the bodybuilder is now fighting for his life. He allegedly suffered a severe spinal injury because of the jump. The thirty-one-year-old bodybuilder is a three-time World Fitness Federation “Mr. Universe” winner and once portrayed a young Arnold Schwarzenegger in a 2018 movie. 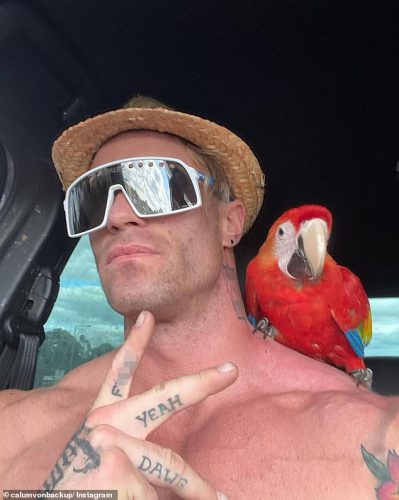 Now, the bodybuilder is struggling to survive from inside an induced coma. He is kept in a comatose state while doctors work to provide surgery on him. 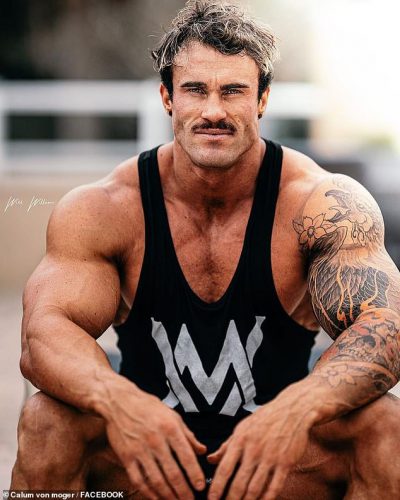 Moger’s mental health was put into question in the days leading up to his jump. The bodybuilder shared a number of videos and photos on social media, including one in which he sucks on a vape pen while stepping into a vehicle with his pet parrot on his shoulder. 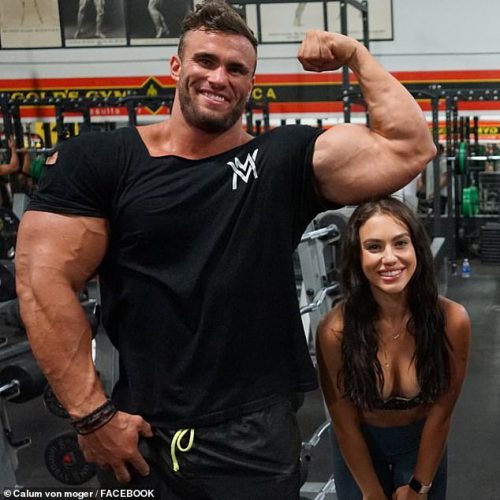 Friends of the bodybuilder suggest that he was under the influence of drugs when he fell from the second-story window. However, these claims have not been verified and are simple hearsay at this point.

According to insider and fellow bodybuilder Nick Trigilli, Moger was going through a difficult time in life when he fell from the second-story window. His parents had allegedly kicked him out of their family home in Australia. Trigilli said that Moger was in a “rough spot” leading up to his jump. 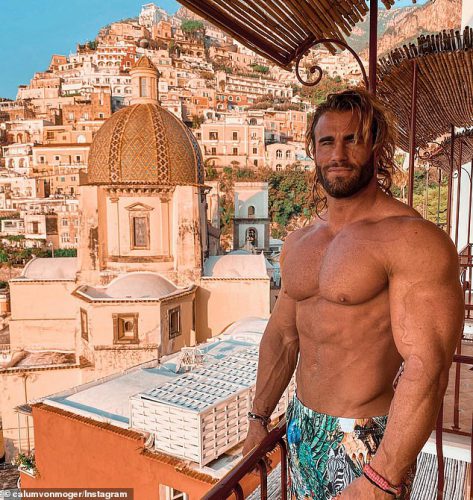 “I hope this is rock bottom for him, and he can get his life back,” Trigilli said. He also shared the following in an Instagram post last week, “Everyone has a past. We’ve all been through hard times. I admit that I messed up bad many of times. But I don’t care about dwelling on negative thoughts of the past. All I care about is that I learn from my mistakes and become a better person. I’m trying my hardest to stay strong, but I have my days too.” 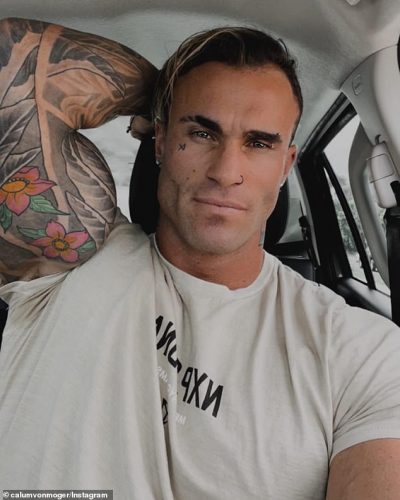 After portraying Schwarzenegger in the film Bigger, he released his own documentary on Netflix in 2019 entitled Calum von Moger: Unbroken. The documentary follows Moger’s meteoric rise in the bodybuilding world to the point he was called “Arnold 2.0” and reflected on how an injury almost put his bodybuilding career in the dumpster.

“I was pretty broken – pretty heartbroken,” he said about his injury. 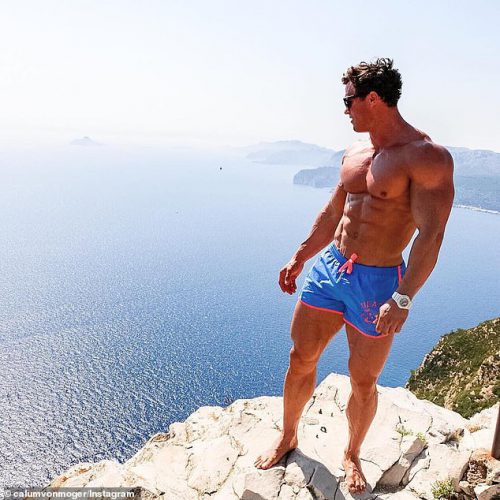 That same year, Moger almost lost his home in a California wildfire.

“This year was the most challenging. I had these terrible injuries, the house, the fires, so many things that are trying to knock me off my feet – it’s either going to make ya or break ya,” he said.