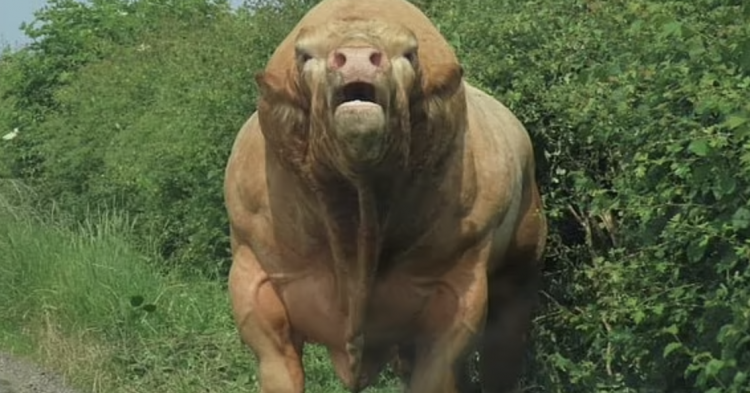 Tina O’Neill and her partner Ken Fuller were enjoying a beautiful day out in the country. They happened upon a desolate country road and were enjoying the scenery when their lives were suddenly put to the test. There was some rustling in the bushes, which made the couple fearful, so they backed away to their nearby car. It was a good thing, too, because seemingly out of nowhere, a massive bull, bursting with muscles, breaks into the clearing and begins intimidating the couple.

Fortunately, Tina and Ken were able to return to their car before the bull caused any damage to them. However, the bull was visibly angry. It would likely have attacked them if they were out of the vehicle. For a while, after it emerged from the brush, the couple had to watch in horror as it remained close by, snacking on the grass and other vegetation in the area. 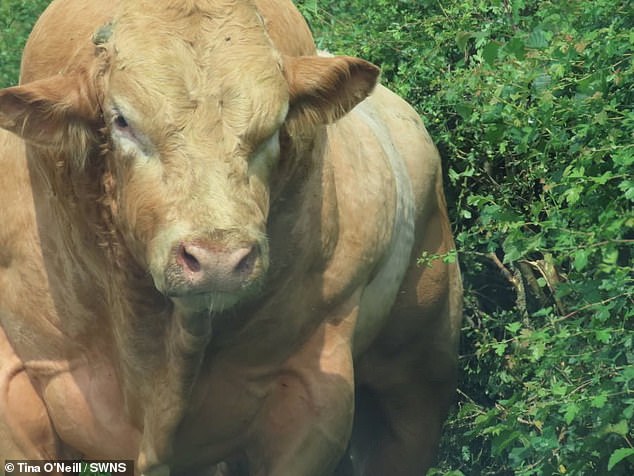 Tina, 44, posted pictures of the raging bull on social media. She also wrote some comments about it and about how shocking the experience was for her during her trip out to the country.

“When you get trapped in the car because this beast has escaped from the field,” she wrote.

Fortunately, the bull’s farmer learned that it had escaped. The farmer arrived and was able to return the massive bovine to his rightful place at the farm near the small village of Castle Eaton, just north of Swindon in the United Kingdom.

Tina, who is from the Swindon area, shared more details about her experiencing facing off with the raging bull. 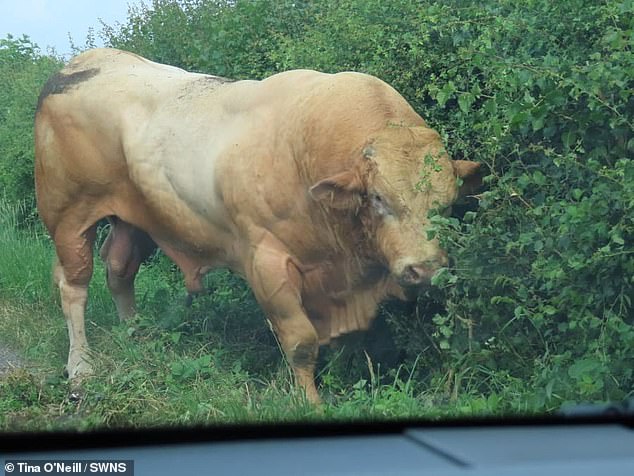 “We were on our way back from Stanton Park getting pictures of dragonflies as we’ve started doing wildlife photography. On the way home I saw him (the bull) and said how massive he was, so my partner said: ‘Do you want to go get a photo?’

“So we reversed back to the field where he was, but just as I took one photo, he then went barging towards the fence. We heard the fence break, so my partner got out and went up to the farmer’s house to get help, but no one was about. So we drove back onto the road – we were face to face with the bully!

“Another driver passed and said he knew the farmer and would go make some calls. So we sat for about 20/30 minutes to wait for the farmer to come to rescue us and put him back in the field. Not something we planned on bumping into.” 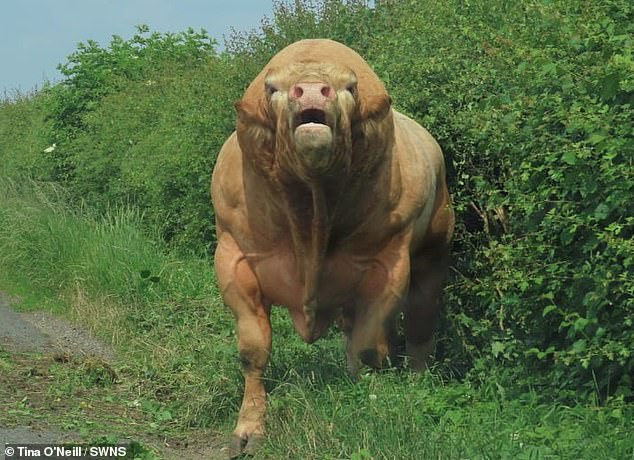 Hundreds of Daily Mail readers shared their reactions to the images.

“Phoo! It makes me glad I’m a vegetarian!”

“Wow, he’s terrifying. The muscles on that thing. I’d hate to be the one to upset him.”

“People don’t realize that all cows you generally ever see are females because when you see a bull, you’ll know it. Like this one, they’re absolutely huge!!”

“This bull would end your existence in a flash. Many people don’t realize in general how dangerous cows can be.”

What is your reaction to these photos?