Transgender Woman Gets Slammed By Critics For Breastfeeding Her Baby 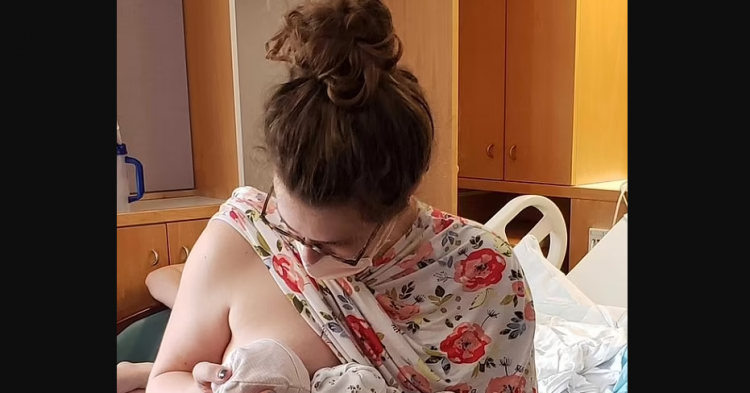 The woman turned to Reddit to share her unique experience, writing the following on the social-sharing platform. 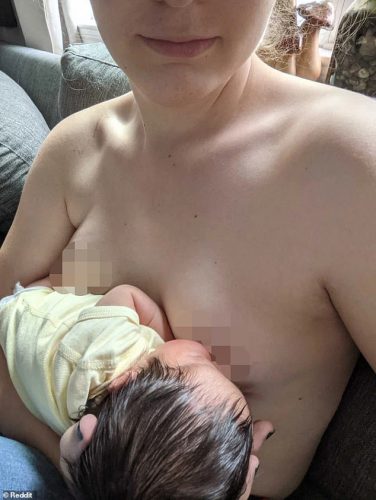 “I’ve been working with a lactation consultant and my GP for several months now to induce lactation, and this last month has started to actually produce some milk, but it still doesn’t feel real. My wife gave birth on Thursday, and we’ve finally had a chance to come home from the hospital and sleep and actually compose myself, but for the last few days, our daughter has been latching to and feeding from both of us! I’m so excited! There was a part of me that was irrationally afraid that the baby would reject me for not being her ‘real’ mom, and I’m so glad to see that little voice proven wrong.”

Although many internet users criticized the woman for taking hormones to stimulate milk production, Daily Mail quoted a lactation expert who said it is “pretty common” for people to do this. In addition, it is totally safe for the baby to consume breastmilk from a transgender woman.

The transgender woman used a medicine called domperidone, which is a galactagogue commonly used across the world to help mothers breastfeed their infants. However, the medicine is not FDA approved in the United States, making it a bit controversial for transgender women to use it.

The woman explained that she weaned off of the drug prior to the baby’s birth and began pumping breast milk before the birth, as well. 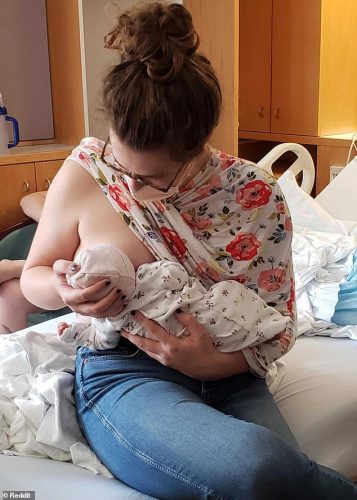 “Pumping before the domperidone definitely had effects – my breasts got slightly larger and much more sensitive, and it had huge effects on my mood, but milk production didn’t start until I got the domperidone and started to take it,” she explained. “It started out as just a few tiny pinpricks of milk per pumping session, and within a week, I was getting several drips per session. After that, though, the quantity started ramping up pretty quickly, and I’m currently making about a tablespoon or so per pump/feed, which is plenty to feed a newborn. I’m not sure how much more I’ll end up making, but it’s been great to help feed the baby while my wife’s milk has started to come in, and because I’ve been lactating for several weeks now, I have a decent amount frozen if we need it.”

“This poor child,” one person wrote. “This is an experiment on an infant who can’t consent. This is abuse for validation, and it’s disgusting.”

Another critic shared, “This is sick. It’s not real milk made by a biological mother.”

What do you think about this transgender woman breastfeeding her newborn baby?