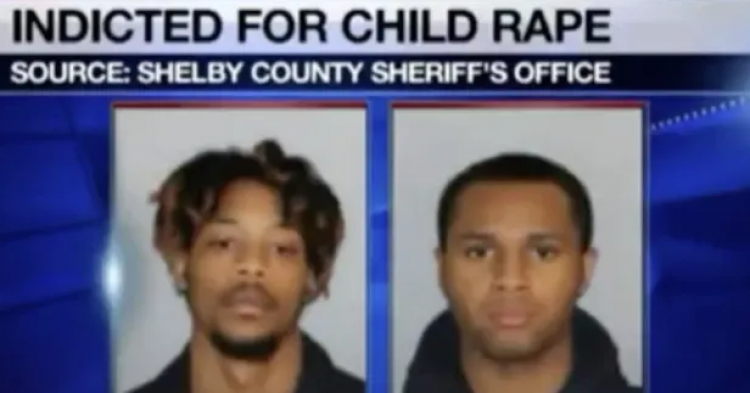 What’s the worst crime you can imagine? Well, these two Tennessee men are accused of doing something worse than you could probably dream up – even if you’re a horror writer like Stephen King. According to the police, two Tennessee men allegedly raped a nine-month-old girl and filmed the entire assault on their cellphone camera for later viewing – and now the legal system is going to make them pay for what they did to the innocent little girl.

According to the Shelby County District Attorney’s Office, 19-year-old Isiah Dequan Hayes and 22-year-old Daireus Jumare Ice stand accused of child rape. The pair of men were indicted by a grand jury on numerous charges against the little girl, including aggravated sexual exploitation of a minor.

The baby girl’s mother discovered the horror when she found footage of the rape on a cellphone. She reported the attack to the police back in 2016, and law enforcement took swift action against the alleged child rapists.

In one video, a suspect touched the baby, who was naked from the waist down. The man then exposed himself on camera and did unthinkable things while recording the footage that he could have wanted to share with more people interested in crimes against children.

The victim’s mother was able to identify the two perpetrators to police by looking at the video footage. This helped the cops narrow down their list of suspects and get to the bottom of the case so they could put the right people behind bars for the crimes they committed against the innocent children of the Earth.

A press release from the Shelby County District Attorney’s Office claimed that Ice was behind the camera recording the sexual assault while Hayes was the man touching the baby girl.

The Tennessee grand jury did not go easy on the suspects. Hayes was indicted for aggravated assault of a child while his partner in crime, Ice, was indicted on the charge of being criminally responsible for the conduct of another person in the aggravated rape of a child – since he was the cameraman recording the crime for posterity and to share with other pedophiles.

Both men now face a potential sentence of life in prison if they are convicted of the heinous crimes that they have been accused of.

This serves as a stark reminder to all parents out there to be vigilant about who their children are interacting with, especially on social media. It’s hard enough to keep track of what our kids are doing when we can see them with our own eyes, but when they’re posting online it can be difficult to know what kind of terrible things they might be getting up to behind our backs.

Please share this story so that other parents can be made aware of the dangers their children face when using social media and so that these monsters will get the punishment they deserve for the heinous crimes that they have allegedly committed. It’s hard enough to keep track of what our kids are doing when we can see them with our own eyes, but when they’re posting online it can be difficult to know what kind of terrible things they might be getting up to behind our backs.