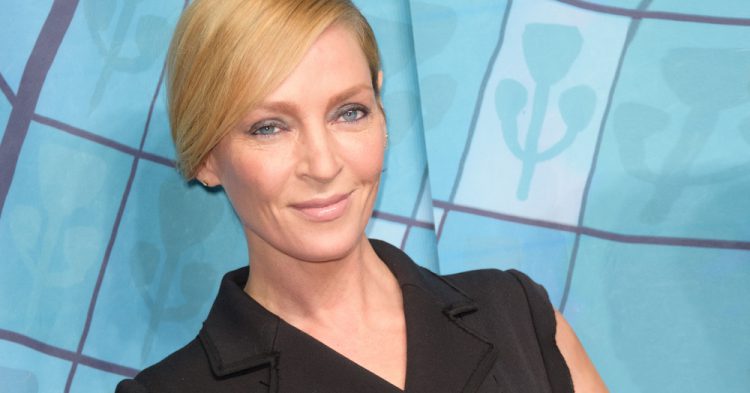 Uma Thurman has been holding onto a secret for most of her life. Now that Texas has passed an anti-abortion law, Thurman has stepped forward to speak out about women’s right to choose. In an op-ed written for the Washington Post, Thurman explains that an abortion she had when she was a teenager was her “darkest secret.” However, she wants people to understand that her ability to have an abortion helped her become the person she is today.

Texas recently passed a law that allows anyone to file a lawsuit against a person involved in an abortion. The Texas law rewards people who file lawsuits with $10,000. Anyone involved in the abortion procedure could face the consequences under the new Texas law. This includes the woman receiving the abortion, the doctor performing the procedure, and even the taxi driver who takes a woman to the clinic to get the work done.

Thurman, 51, wanted to speak out against the tightening abortion laws in Texas and other Republican states. She decided to reveal her biggest secret to empower women who are struggling to retain their right to choose.

She said, “I have followed the course of Texas’s radical anti-abortion law with great sadness and something akin to horror. Now, in the hope of drawing the flames of controversy away from the vulnerable women on whom this law will have an immediate effect, I am sharing my own experience. You might not be interested in the opinions of an actress, but given this new outrage, I feel it is my responsibility to stand up in their shoes.”

That’s when she revealed her abortion as a teen.

“I started my acting career at 15, working in an environment where I was often the only kid in the room. In my late teens, I was accidentally impregnated by a much older man. I was living out of a suitcase in Europe, far from my family, and about to start a job. I struggled to figure out what to do. I wanted to keep the baby, but how.”

She called her family and learned that her mother was very sick and her father was tending to her.

“My childish fantasy of motherhood was soundly corrected as I weighed answers to their very precise questions. I was just starting out in my career and didn’t have the means to provide a stable home, even for myself.”

Thurman spoke with her family about her options and decided that an abortion was the best course of action.

“My heart was broken nonetheless,” she said.

Thurman traveled to Germany for the abortion with a recommended doctor.

“My fingers were tightly locked across my chest, and when the procedure was done, the doctor looked down at me said, ‘You have beautiful hands — you remind me of my daughter.’ That single gesture of humanity is seared in my mind as one of the most compassionate moments I have ever experienced. In his eyes, I was a person, I was a daughter, I was still a girl.”

She added, “There is so much pain in this story. It has been my darkest secret until now.”

Thurman hopes her story inspires people to see that abortions can help women.