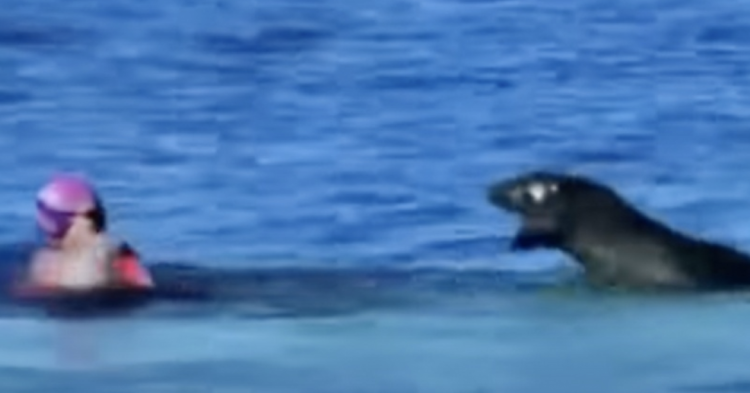 Communing with nature can help boost your mood and might even have positive effects on your overall health. It’s important for people to get out of the house and go to the forest, beach, or other natural locations so they can feel connected to the Earth and all of the beauty that exists on this planet. However, nature can pose a threat to people if they are not careful because there are dangerous predators and other wildlife out there that might get aggressive if a person gets too close.

During a vacation to Waikiki, Hawaii, a 60-year-old elementary school teacher and her husband were eager to commune with the beauty of the surf and just get a chance to relax away from the daily stresses they left behind in the continental United States. 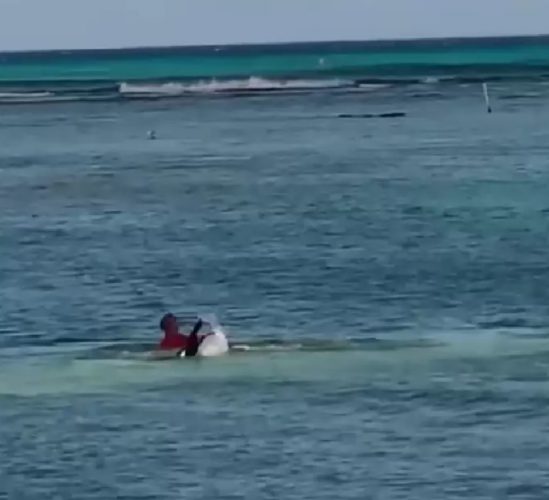 Little did the elementary school teacher know, but there was a problem out in the surf. She waded out into the water on Kaimana Beach and came face to face with Rocky, a Hawaiian monk seal who lives in the area. As one of the endangered species living in Hawaii, monk seals are protected, and people are asked to stay away from these beautiful creatures and allow them to live their lives as they have for millennia. 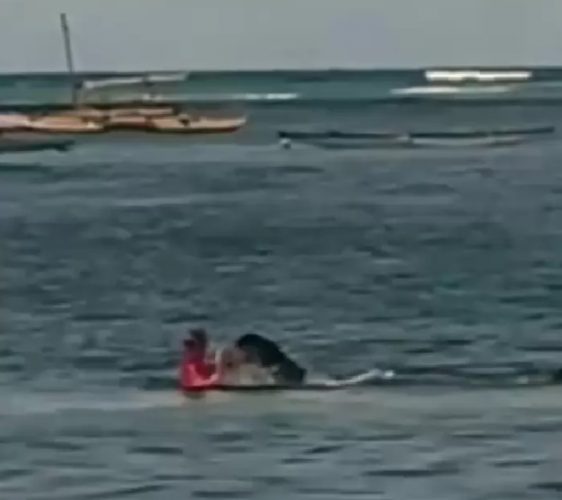 When Rocky gave birth to a lone pup, authorities in Hawaii did everything in their power to protect her from the prying eyes of tourists who might want to get close to see the pup for themselves. These authorities created barriers at the beach to let people know that they shouldn’t get too close to the endangered animal and just to allow her to nurse her baby and support it in every way possible so it could grow up to be a healthy adult monk seal.

A joint effort between the National Oceanic and Atmospheric Administration and Hawaii Marine Animal Response has been monitoring Rocky and her pup since the little one’s birth. They warned people at the beach to stay away from the mother seal because she could get very aggressive if she felt that someone was getting too close to her baby and was posing a threat. 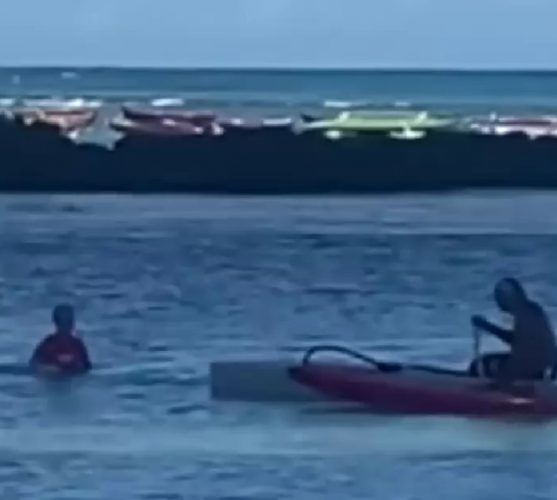 The elementary school teacher did not know about Rocky or her pup. She put on her swim cap and went under the rope into the protected area where Rocky was raising her little one. Although people screamed at the teacher to leave the area, she ignored their cries and kept swimming.

That’s when Rocky took action. Because the teacher was too close to her baby, she attacked – all in the name of defending her little one. She kept pulling the teacher underwater, and witnesses said the seal even bit the woman on the head at one point. 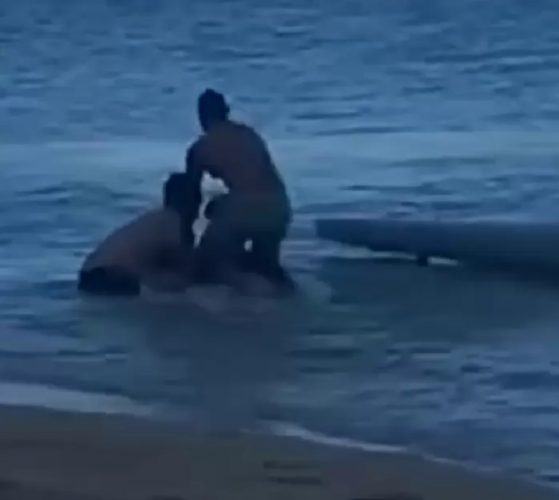 Witnesses in a canoe were able to rescue the teacher. They brought her to shore and called 911 because she had wounds on her arm, face, and back.

Although bothering endangered species often comes with a hefty fine, the Hawaii Department of Land and Natural Resources realized this was all a horrible accident, so they did not charge the schoolteacher and allowed her to remain anonymous to protect her identity.